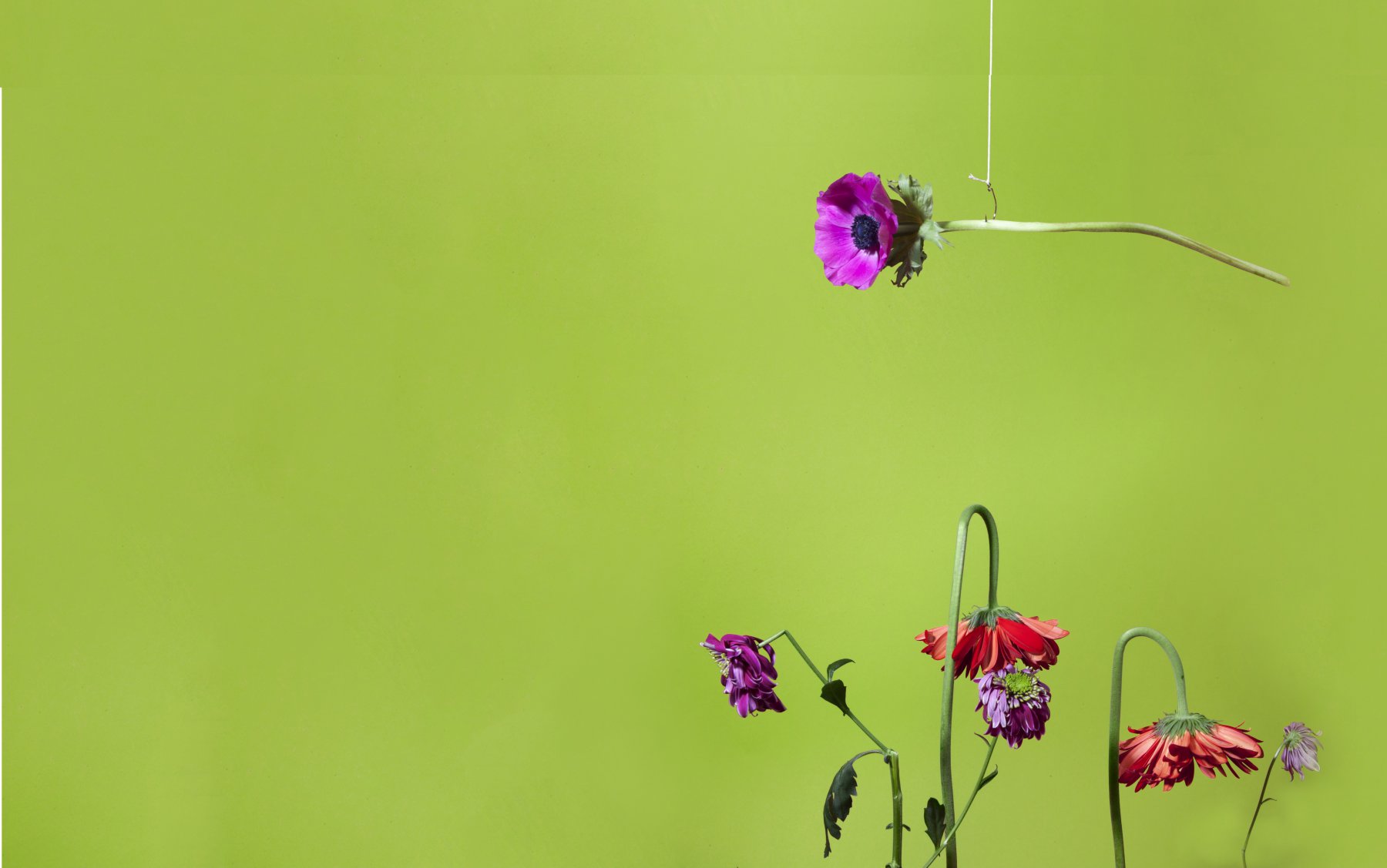 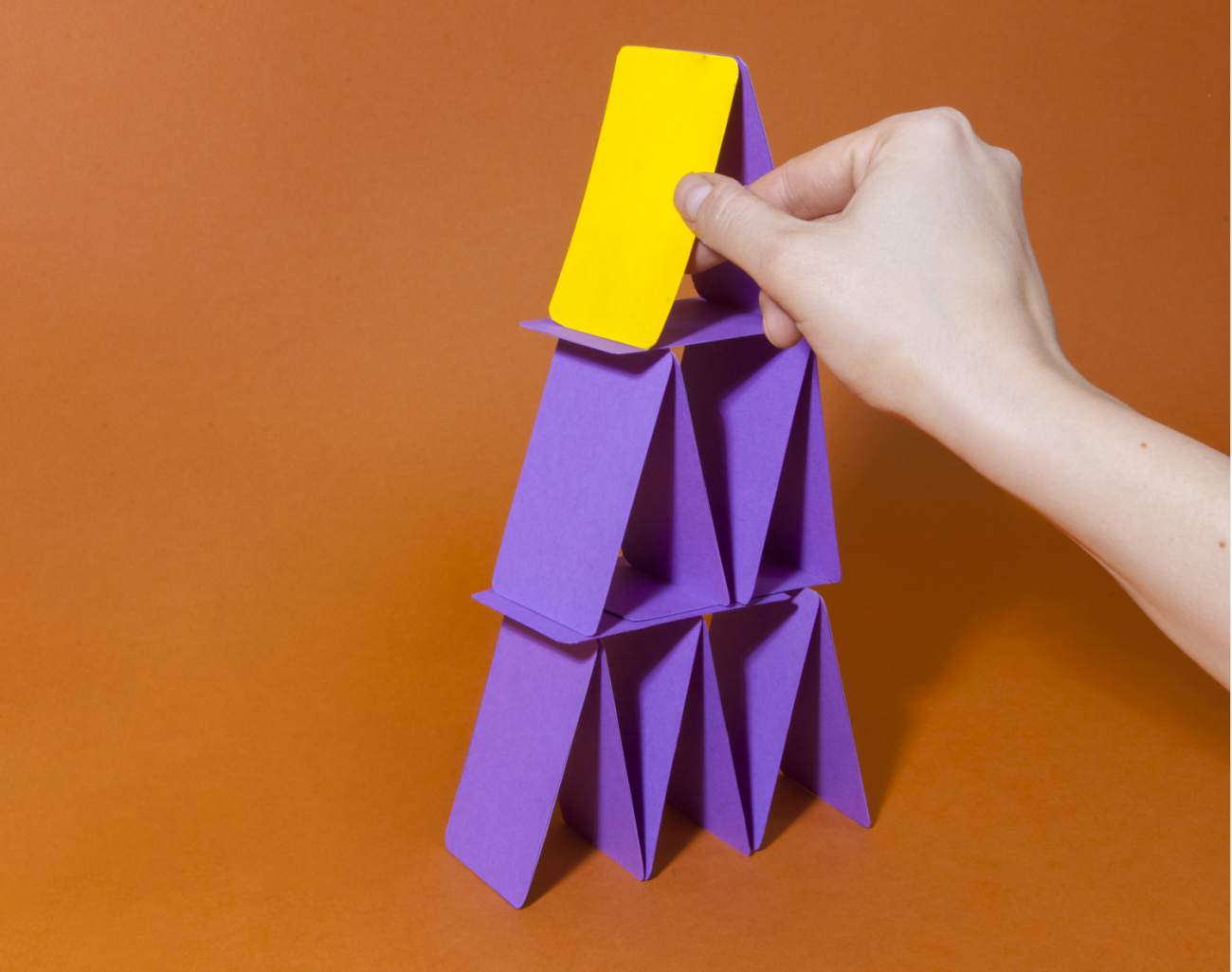 Since the outbreak of the corona pandemic, there has scarcely been a talk show without an appearance by a virologist or an epidemiologist. Never before have scientists played such a prominent, universally visible role as advisers to the politicians. Some feel they go too far. Are they not assuming the role of the politicians? Jan Anthonie Bruijn is a pathologist and has been president of the Senate since 2019. He feels that the current spotlight on the advisers is a good thing. ‘The scientists have been given a face,’ he observes. ‘Providing advice always used to be something of a clandestine affair. People like Chriet Titulaer and Hans Galjaard were able to build a bridge to the general public, but they were unique individuals and quite rare. 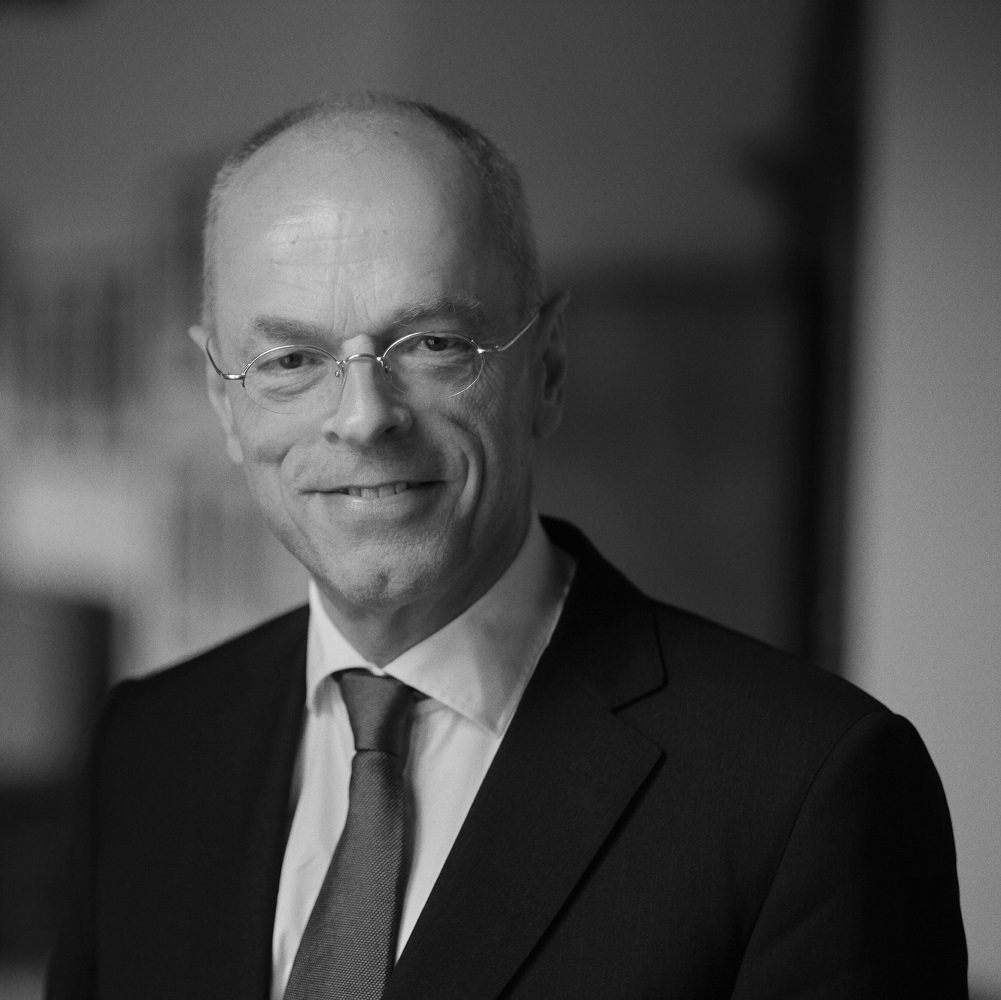 Sticking rigidly to your role is difficult, but essential

The gap between science and society had already narrowed, but since the outbreak of this crisis scientists have started engaging in debate with the public, on all the talk shows and on social media. It is significant that there are four virologists in the top 33 in the list of the Top 200 most influential people in the Netherlands published by De Volkskrant newspaper.’ Bruijn hopes that now that the gap between science and society has closed, there will also be more understanding for the uncertainty that is inherent in science. But certainty is precisely what politicians want in order to formulate policy. According to Bruijn, that sometimes creates pressure to reduce margins of uncertainty for the benefit of other – public – interests. ‘The adviser must explain that as clearly as possible and at the same time stand firm. Sticking rigidly to your role is difficult, but essential.’

Don’t speak as a layman

Member of parliament and physicist Eppo Bruins feels that the most important thing when scientists provide advice for politicians is that everyone is clear about their role. He observes that the division of roles has blurred since corona, particularly on the talk shows. ‘Diederik Gommers, an intensive care physician and a member of the Outbreak Management Team (OMT), should not say on television that the universities must open again because the students are having such a tough time. He is entitled to comment on the reopening of the universities from an epidemiological perspective, for example that the students are scarcely a factor in the spread of the virus, but not about their social well-being. That is not a concern of the OMT.’ Bruins points out that the OMT is an official advisory body and that Gommers was invited to the talk show as a member of the OMT. ‘He cannot then suddenly start speaking as a layman, as the retired virologist Ab Osterhaus can do. It creates confusion.’

Scientists can also provide unsolicited advice, Professor of Human Rights Barbara Oomen stresses. She herself has regularly conducted research that she felt the public should know about. A study into support for the reception of refugees among politicians, for example. ‘We published that database. Research should lead to more than just an article in an English-language journal.’ According to Eppo Bruins, scientific insights are important, but are never decisive for policy. ‘Politicians have to weigh up the interests and determine which weigh most heavily. That is sometimes an impossible dilemma: more dead over-70s or more suffering for children.’ The politicians make choices and that is how it should be, says Barbara Oomen. ‘The role of science is to provide knowledge about the consequences of those choices. For example, that if you do nothing to promote equal opportunity, the rich will become steadily richer and the poor will become steadily poorer.’ 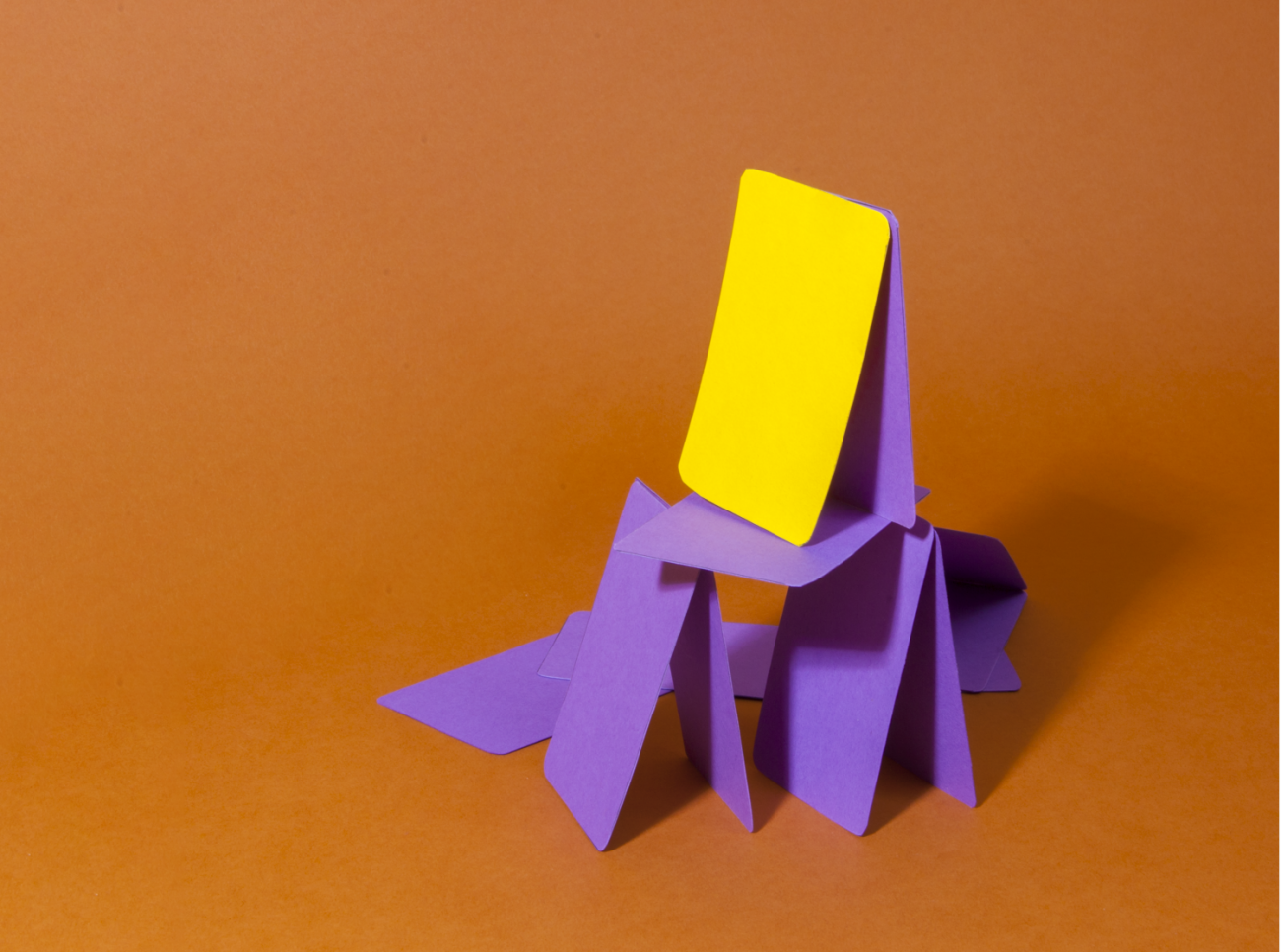 An uncomfortable combination
‘An expert who has a personal or commercial interest in an issue should not agree to provide advice,’ warns Jan Anthonie Bruijn. A politician serving as a member of a formal advisory body is another unfortunate combination, and is even prohibited. Even when the two positions relate to different topics. ‘A fellow politician or policymaker could then still feel pressured to accept the advice.’ Bruijn himself had to stand down as chair of the national Advisory Council on Science, Technology and Innovation when he entered the Senate. Oomen would also feel ‘uncomfortable’ combining a political function with the post of professor. If she was elected, she would only continue to supervise her PhD students. She wants to preserve the distinction between what she says on the basis of her expertise and her opinions.

Outside one’s area of expertise
Bruijn stresses that a scientist who does not possess knowledge because the subject lies outside his or her area of expertise must choose not to provide advice. ‘It is not for virologists or economic advisers to make a political decision. They provide information and the politicians weigh it against other public interests.’ Jaap van Dissel (RIVM) does that very well at the regular committee meetings in the House of Representatives every Wednesday morning, says Bruijn. ‘Members of parliament constantly ask him to comment on matters that are outside his area of expertise, infectious diseases. Van Dissel always fends them off.’

Demand for sound bites
The greatest pitfall for the scientific adviser is to be enticed out of his role by a politician who wants more information or certainty, says Bruijn. ‘It is no different in my own discipline as a pathologist. Sometimes you take a biopsy and the result might be that with eighty percent certainty the tumour is malignant and with twenty percent certainty it is not. That makes it difficult for a surgeon who has to decide whether or not to amputate a leg, for example. And the surgeon might then sometimes try to entice a firmer opinion from the pathologist. Unfortunately, it is not always possible to provide greater certainty.’ Oomen sees the blending of expertise and opinion as a major pitfall. ‘You must always be honest about uncertainties and mention the counterarguments. You must never lose the nuance in order to meet the politicians’ desire for sound bites. In fact, it is not only scientists that should be constantly asking questions. Politicians should also test their own convictions more often.’ In the case of contract research, scientists should always make agreements on their independence and insist that the results are always published. ‘Because timing is everything in politics. A report can easily disappear into a drawer for a while.’

In 2012, the Rathenau Institute published a report on scientific advice and politics. The authors argued that not every scientist is a good expert. Bruijn, Oomen and Bruins endorse that conclusion. Bruins: ‘A good scientist can explain what he does to his grandmother in ten seconds. You must have the talent to summarise something. Fortunately, most scientists are able to.’ According to Bruijn, a good adviser is also empathetic. ‘You must be able to understand how the person you are advising thinks and focus closely on what he or she needs, but without making any concessions to your expertise. Like every good scientist, the adviser must always query things. But you have to be able to explain why.' 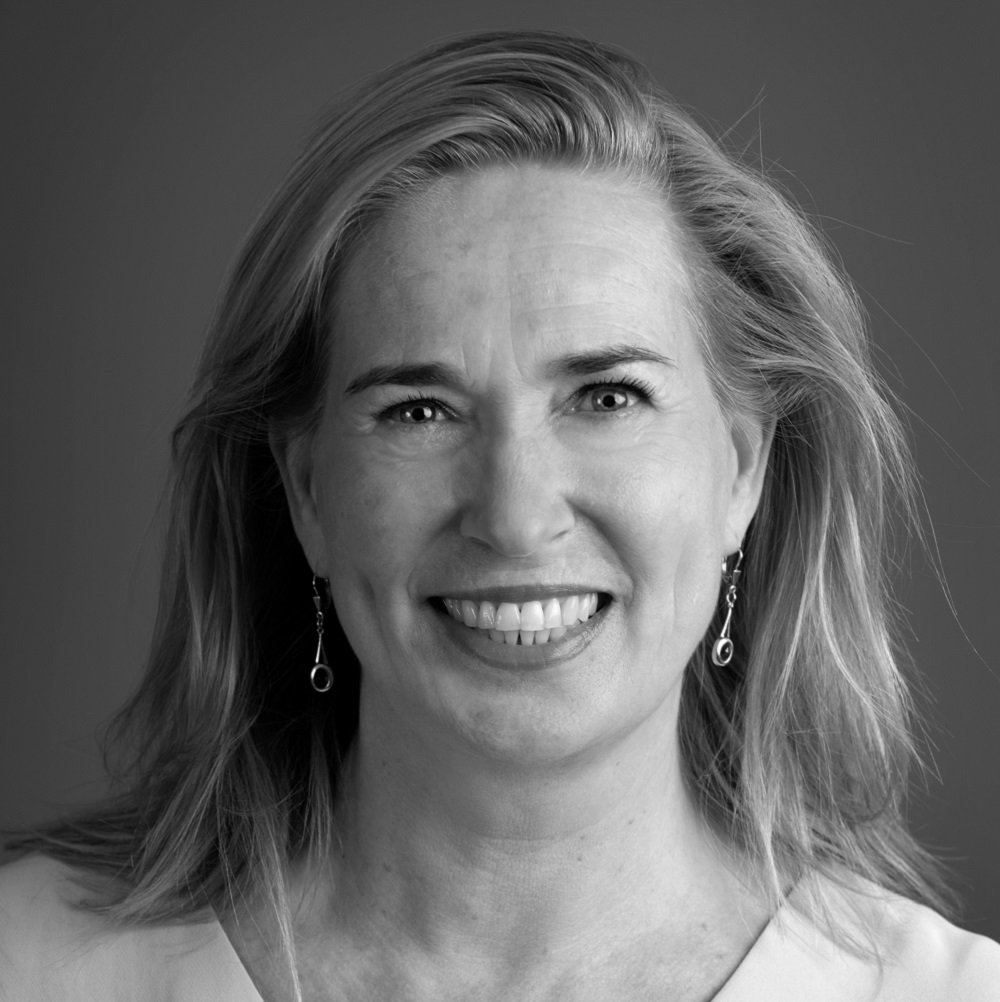 The closer you are to The Hague, the greater the pressure becomes

A good adviser also has the discipline to stand firm. Oomen: ‘The closer you are to The Hague, the greater the pressure becomes. You must not give in to it.’ Finally, you must also be able to deal with the whims of politicians. For example, advice can sometimes disappear into a drawer, which is frustrating. Advice is also often used as input for a negotiating process. That process leads to compromises, which are by definition irrational and therefore unscientific. According to Bruins, the trick is to find the precise middle ground between a good summary and a gross simplification. ‘Politicians want answers. But science is hedged with uncertainties whether you like it or not. A good scientist can properly explain that despite the uncertainties, the advice is more than “just an opinion”.’

Barbara Oomen (1969) is a law professor specialising in the sociology of human rights at the University of Utrecht and is attached to the University College Roosevelt, where she was dean from 2012 to 2016. From 2009 to 2010, she was a member of the State Commission on the Constitution. Oomen was a candidate for a seat in the House of Representatives for the PvdA.

Eppo Bruins (1969) is a Doctor of Physics. His career has included positions as programme coordinator of the Foundation for Fundamental Research on Matter, science manager of the Lorentz Center and director of Technology Foundation STW. He has been a member of parliament for ChristenUnie since 2015. 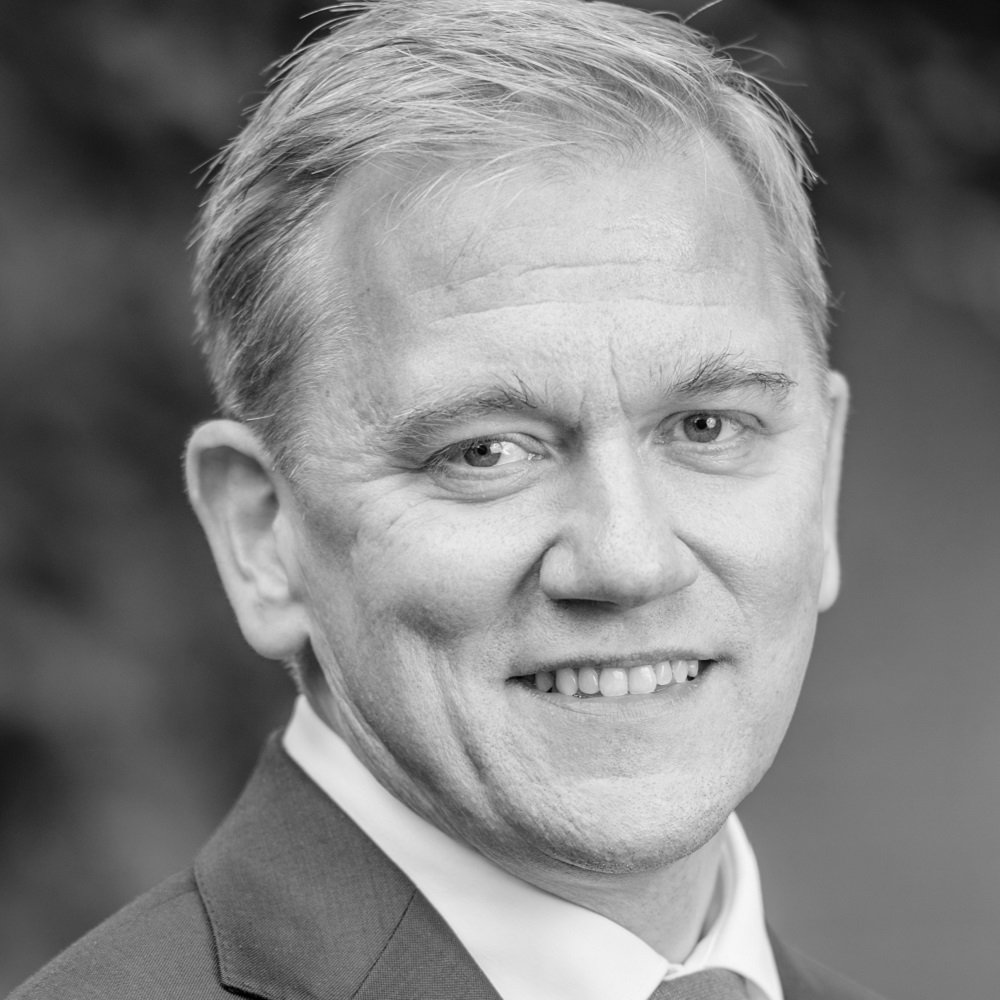 Jan Anthonie Bruijn (1958) has been Professor of Immunopathology at the University of Leiden since 1996. From 2012 until 2013 he was chair of the Advisory Council for Science, Technology and Innovation. He is also a member of numerous other advisory bodies and committees. In November 2012, he became a member of the Senate for the VVD and he has been president of the Senate since 2019.