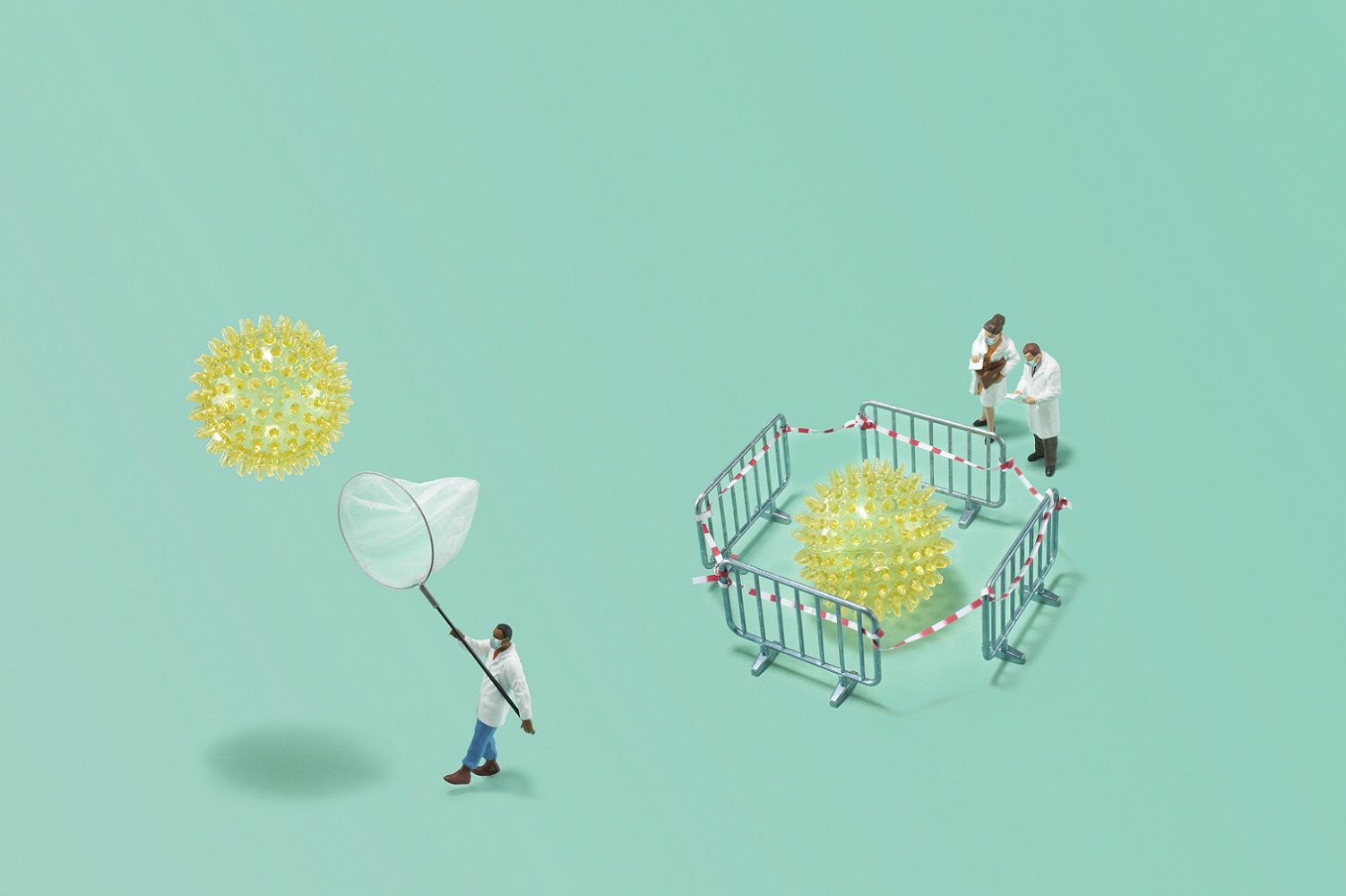 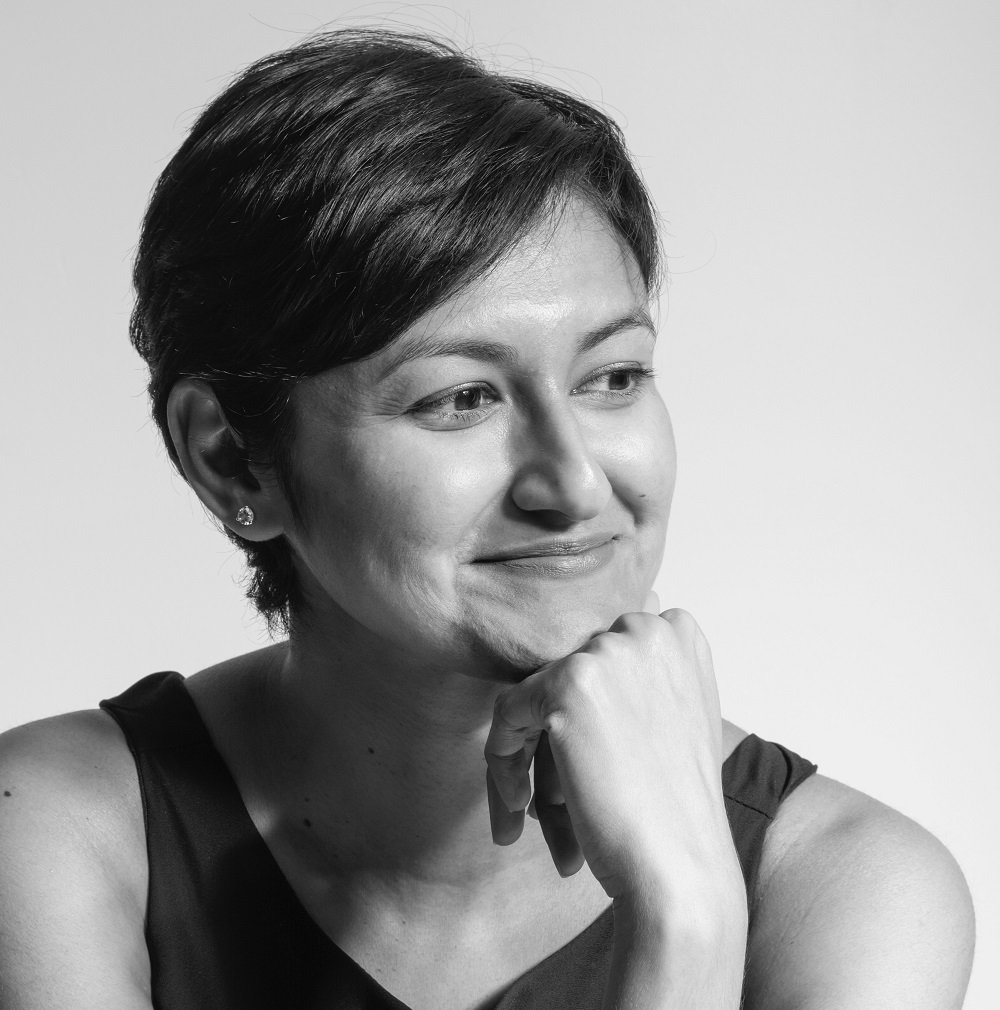 is an epidemiologist at VUmc and was involved in the control of the SARS outbreak in Singapore in 2003. In the news programme Nieuwsuur, she challenged the Outbreak Management Team’s lack of openness. 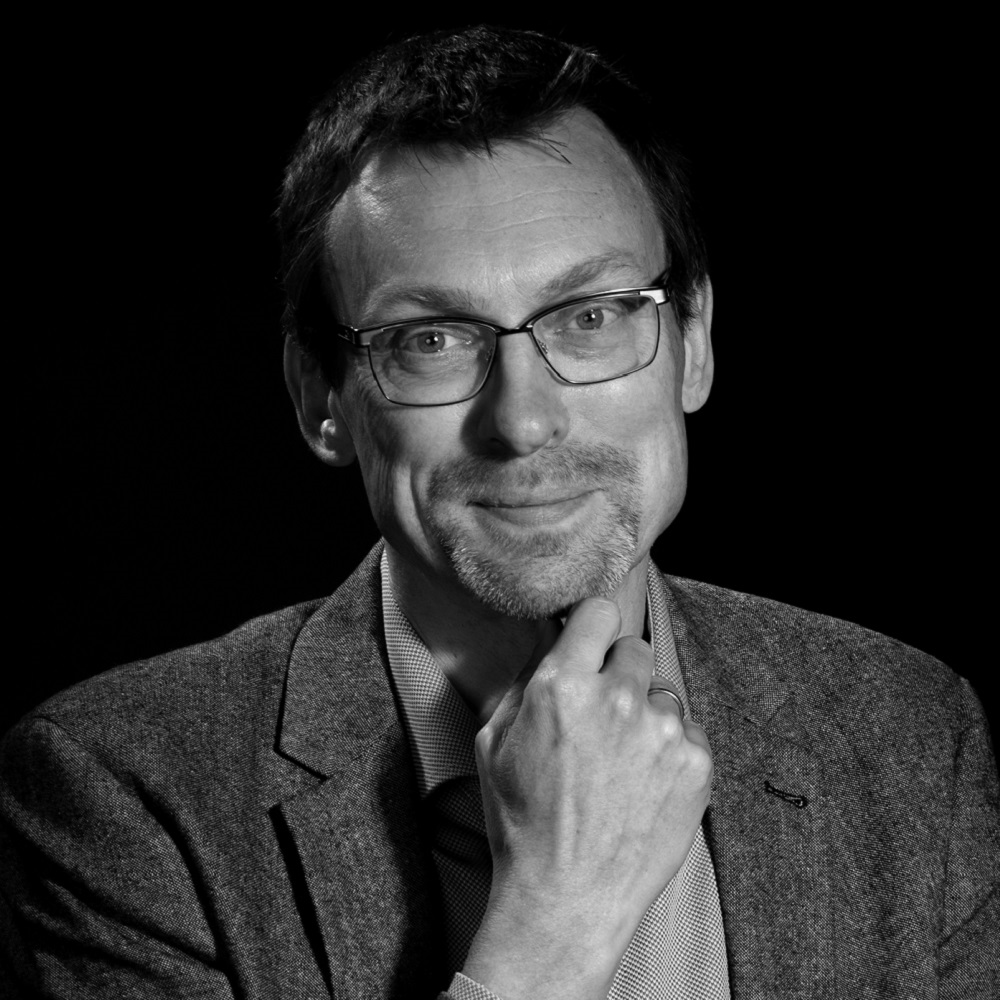 is Professor of the Governance of Safety and Security at Radboud University. In various media, he called for the lifting of the lockdown so that healthy years of life could be saved in the long term. 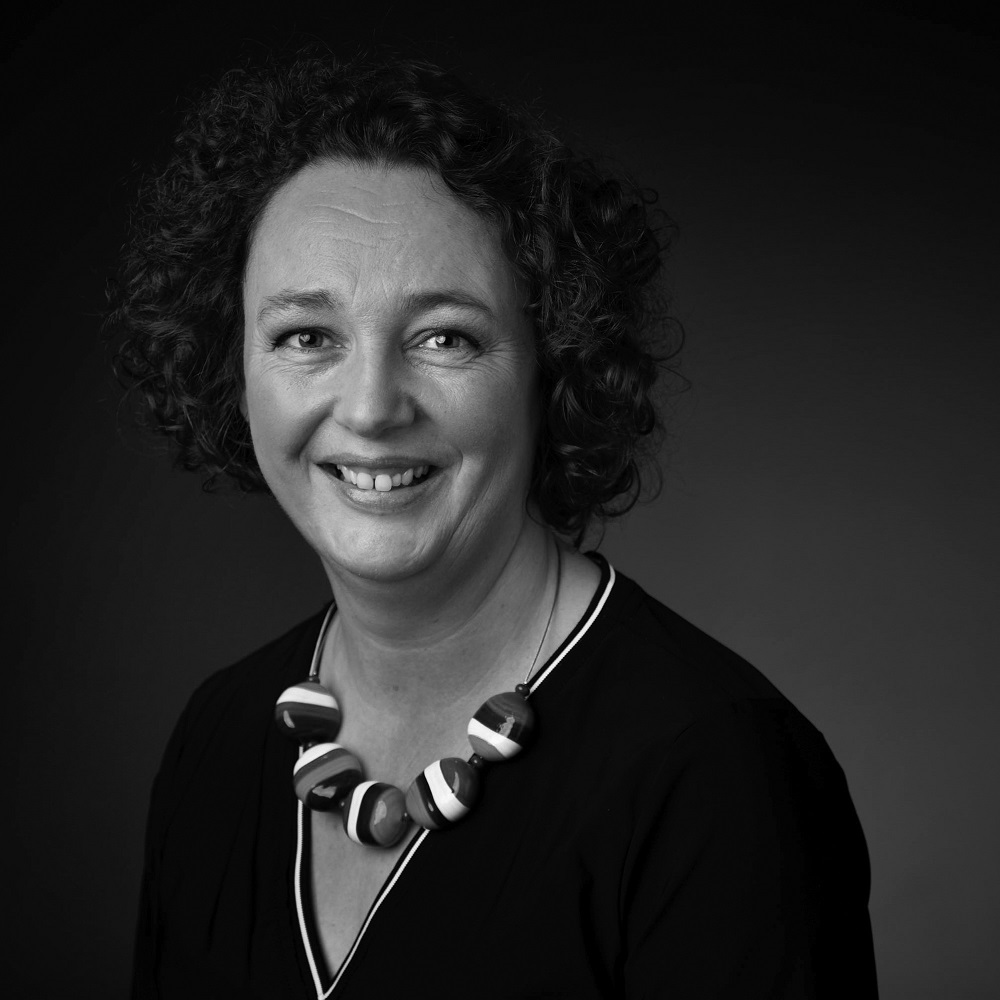 is associate professor of medical history at the University of Groningen. With three other humanities researchers, she wrote an opinion article entitled Historici moeten ook meedenken, juist nu [Historians should also contribute ideas, especially now], which was published by the Dutch national newspaper NRC in May. 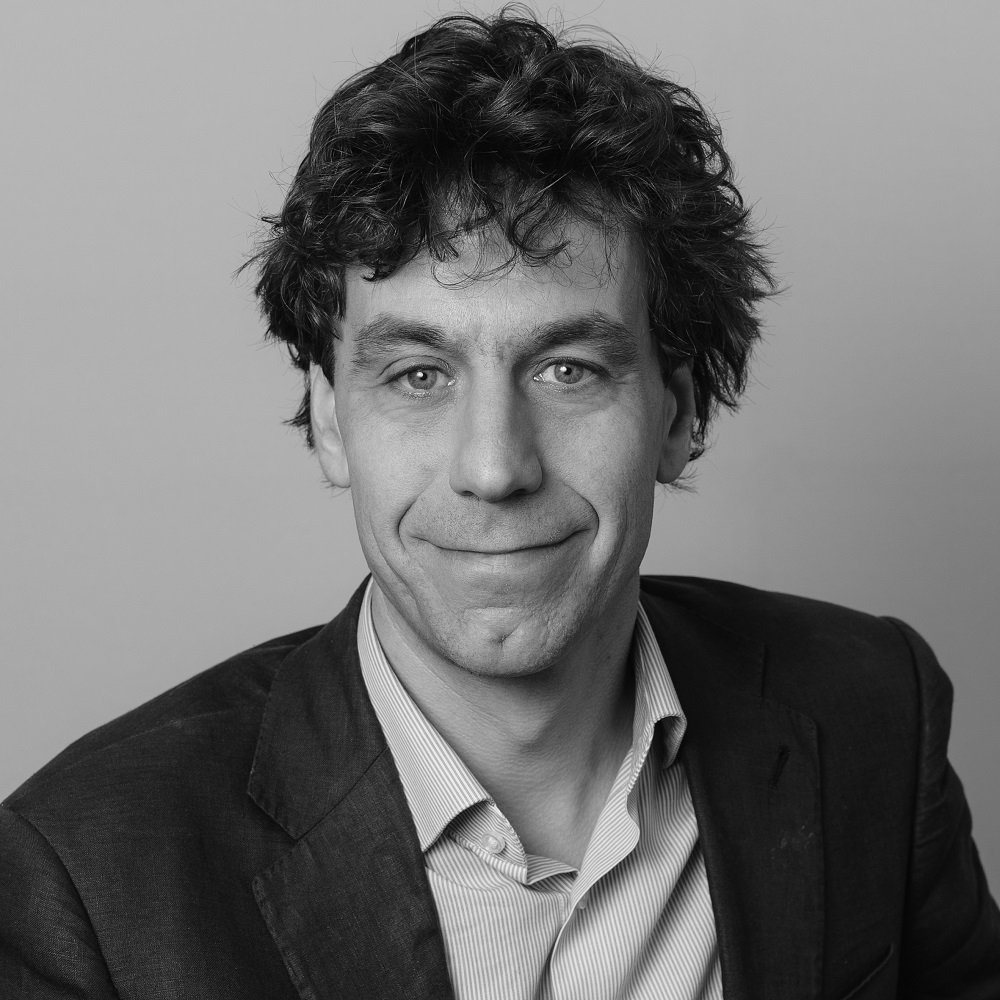 is Professor of Science Philosophy at the University of Groningen. He investigates the interaction between the science of, and policy and norms for, evidence-based policy.

1. Researchers should get involved in a crisis debate

Knoeff: ‘I believe it is our moral duty to speak out. Yet I also notice that during a crisis opinions abound, but very little debate takes place. An opinion factory arises in which everybody has his or her say, but we fail to talk with each other. Everyone lingers in their own disciplinary pigeonhole. And that’s a real shame because a crisis is a wicked problem – a multiheaded monster that requires a broad approach. Not just from medics and economists, but also from humanities researchers.’

Helsloot: ‘I wholeheartedly agree. I’ve also let my voice be heard in the media and have calculated that the current approach to the crisis will cost us hundreds of thousands of healthy years of life in the long term. In my opinion, that does not weigh up against the thousands of life years we have saved in the short term. I received a storm of criticism in reaction to this observation, also within my own faculty. Interestingly, however, I received a lot of support from physicians who said: I’m glad you said this because I don’t dare to. And also from physicists and mathematicians who immediately understood my calculations.’

Romeijn: ‘I noticed that several statisticians had already raised the alarm at an early stage and shared their insights with society. They did that from their sense of social responsibility, and I think it is good that they shared their views with the public. However, I’m critical about the use of social media like Facebook and Twitter. Failure to use these correctly merely fuels the tactics of scaremongers. That doubt can be exploited and turned into a crippling controversy, such as those you can see among the tobacco lobby or climate sceptics.’

2. Scientific integrity is under pressure during a crisis

Gopalakrishna: ‘Thanks to this crisis, open science has received a huge boost. There’s been a full-blown explosion of preprints – draft articles that are published on open science platforms without the usual peer review. It’s fantastic that knowledge has been made available faster as a result of this, but we do not know the quality of those studies. Combined with social media and that stress of a crisis, that is a toxic cocktail. Poorly conducted studies, such as those about a malaria drug that would help against COVID-19, therefore went viral. There are also conflicting studies as a result of which no consensus has been reached yet on some subjects. Thankfully, there is a strong self-correcting capacity within the scientific community that acts as a mediator and a referee. It’s important that the researchers continue to speak out against poor research and that both the media and the public understand the limitations of preprints.’

Romeijn: ‘I’m pleased the current crisis reveals that politics bases its views on scientific research. I believe that a researcher should report all uncertainties so that a policymaker can take those into account when making a decision. However, the facts and causative relationships are not enough for political decision-making because a value assessment is also involved. You need to take people’s feelings into account as well as the disruption to social life. Nevertheless, you can make a rational cost-benefit analysis of such considerations. But then the question is how you can also ensure scientific transparency if you need to respond quickly. It’s a shame that the data the crisis team has based its decisions on have not been made available. That would be rather fitting in this era of open science. However, that could be too complicated for the general public because how can you demonstrate what you do not know yet in a responsible manner?’

Romeijn: ‘During a crisis, politicians place a huge responsibility on experts. But experts must limit themselves to the facts. If a policymaker asks a researcher which strategy is wise, then that question contains a value assessment. Because: when is something wise? Which interests do we want to serve? It is good that researchers discuss things with policymakers, but ultimately politicians need to make the decisions. After all, that is where the democratic legitimacy lies. I can see the same thing happening in jurisprudence: it can seem attractive for judges to base themselves entirely on what a forensic psychiatrist says, but ultimately the judge has to decide.’

Helsloot: ‘Some colleagues think that their task stops with the presentation of the facts, but I like bold researchers who dare to give advice. It also fits within the idea of valorisation. However, I notice that my colleagues are very reticent in this area. For example, they say: I’m a specialist, and I’m not really interested in making an integral deliberation and taking responsibility for that. Others say: That’s not what we’re here for; giving advice is not our task. But who should give it then? Surely you want somebody who understands the issue to give advice? We have the moral responsibility to speak out. Of course, you cannot know everything yourself, but then you should involve a colleague. Surely that is the essence of the multidisciplinary approach we seek to achieve?’

4. Tunnel vision is a hidden danger

Knoeff: ‘During a health crisis it is mainly medics who are consulted and then the economists. Humanities researchers are left outside of the discussion. I do not think that is right because they can add a lot to the debate when it comes to reflection and interpretation. How can you make moral choices? We can learn a lot, for example, from societal structures in the past. In every crisis, you can see that top-down imposed measures initially generate understanding, but ultimately lead to protest because people’s fundamental freedoms are curtailed and socioeconomic differences increase. That happened during the cholera uprisings of the 19th century when doctors suffered at the hands of the people and during the farmers’ uprisings after the outbreak of the plague in the late Middle Ages. But that ultimately led to societal changes. We can also learn a lot from the past with respect to dealing with uncertainty, illness and death. That is because this crisis is not so much a medical crisis, but mainly a societal issue.’

Gopalakrishna: ‘This pandemic is indeed a crisis for all sectors, but it is logical that medics take the lead because healthcare is the basis. Nevertheless, I think it is good to add other areas of expertise in a later phase.’

Helsloot: ‘Each crisis is characterised by three elements: huge uncertainty, rapid decision-making and considerable societal damage. A good crisis manager looks ahead and takes the time to carefully consider the costs and benefits for everyone, also in the long term. However, this is the first time in Dutch history we have crisis decision-taking at a government level. In the Netherlands, that is usually left to mayors and the safety regions. Ministers are experiencing this for the first time in their careers. They have allowed themselves to be completely taken by surprise and to become stuck in a “safety comes first” reflex. That’s a real shame because it has prevented the realisation of a multidisciplinary set of recommendations.’ 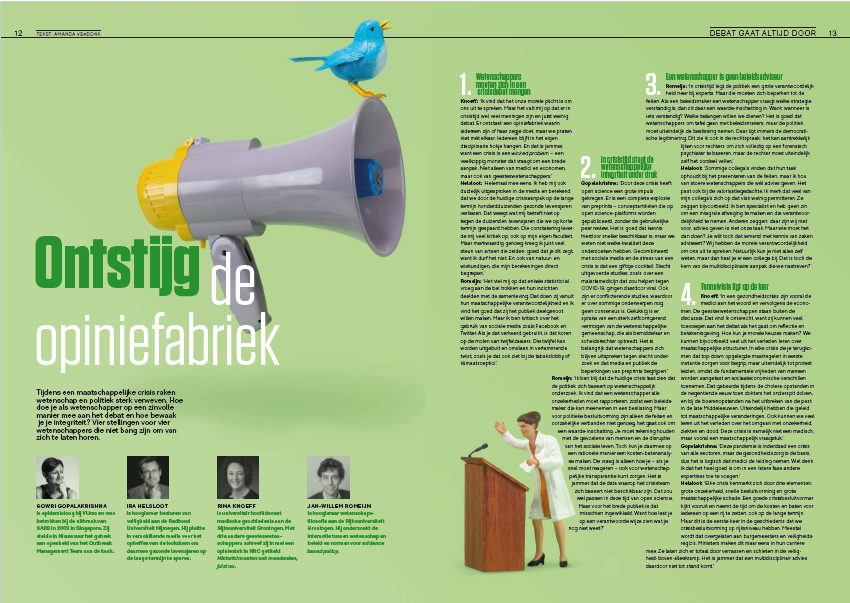