With the Team Science Award The NWO Domain Science wishes to underline the added value of team science in all fields and to highlight inspirational examples. The added value of team science lies in the mutually reinforcing effects of diversity and complementarity of (technical) skills and expertise of individual team members. Good team science promotes the development of talent within the group, whereby leading researchers in the team attract talented new young PIs who can develop quickly and go on to attract even more new talent. The Team Science Award rewards the most inspiring and successful team of researchers from various disciplinary fields, who jointly take on a scientific challenge in which their individual strengths and expertise demonstrably reinforce each other.

Anyone can submit a nomination. For the Team Science Award, it is possible to nominate the team that you are yourself a member of.

The Team Science Award is a sum of 10k€ per team. Recipients have ample freedom when it comes to spending this sum, as long as it is used to contribute to the goal for which the award has been presented.

The “nomination form” must be used for nominations. The form can be downloaded at the bottom of this page. The nominations must be written in English and must be DORA compliant.

See the brochure for more information.

The Team Science Award underlines the demonstrable added value of diversity and the complementarity of (technical) skills and expertise of individual team members with respect to innovative research and talent development in the Science domain. Nominated teams are therefore assessed on the following requirements:

Composition and collaboration of the team

The prize relates to scientific research in a general sense; the subject of the research is not one of the criteria applied.

To better reflect the official (dutch language) guidelines and to avoid misunderstanding the english translation of the brochure has been updated. 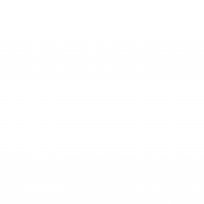