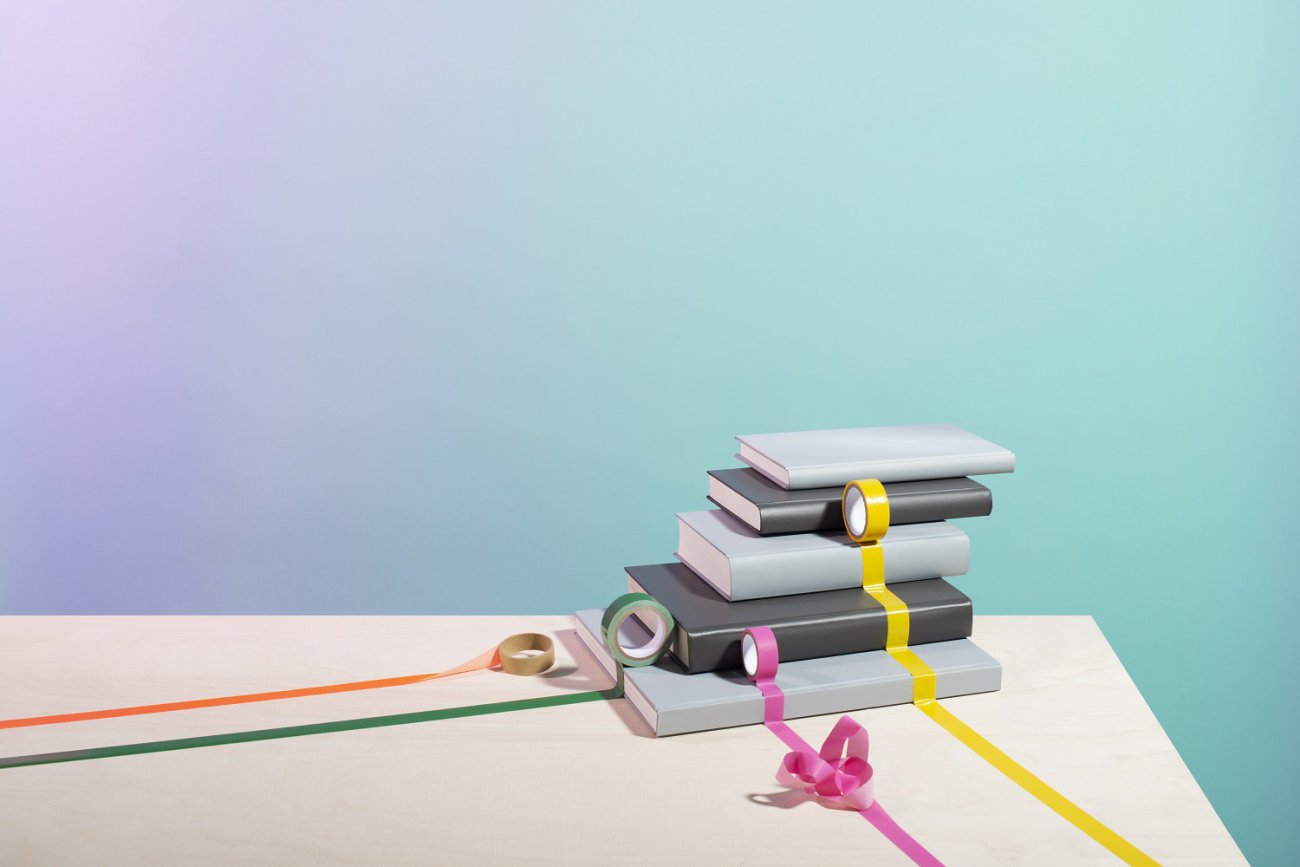 René Veenstra is Professor of Sociology at the University of Groningen. He regularly supervises researchers when they write proposals. ‘That really is elite sport. The competition is incredibly stiff, and ultimately only a small percentage of proposals are awarded funding.’ Whereas top athletes receive support even if they fail to qualify, for researchers who fail to obtain a grant, it is often the end of the game, he finds. Top athletes receive support, even if they do not make it to the Olympic Games. Things are very different in science. ‘The group that does not quite make it, but had a fantastically good idea, misses out on that big grant, nonetheless. As a result of this, many good ideas are never realised.’

But isn’t strict selection an inherent aspect of the search for excellence? Surely, it is logical that not every PhD becomes a postdoc, not every postdoc an assistant professor and not every assistant professor a full professor. ‘A scientific career simply works like a funnel. The question is: how broad can that funnel be? Now, it is sometimes extremely narrow. Many proposals with a good score are often not awarded funding. And just like with elite sport, you see that young researchers give up if they fail to make the grade several times.’

Working on a proposal sometimes can take months of a researcher’s time, whereas the chance of not making it through the selection process is considerable. ‘I can still remember that I was on holiday in Ireland when I heard my Vidi proposal had not been awarded funding’, says Veenstra. ‘Back then, I needed several days to process that bitter pill.’

Just like in elite sport, you see that young researchers give up if they fail to make the grade several times

He emphasises that he did not experience it as a personal rejection because a proposal is often an effort of the entire team. ‘When a postdoc fails to obtain a Veni grant, or a staff member a Vidi grant, you must recognise that you did not succeed as a team.’ However, Veenstra did not give up in the years following the rejection of his Vidi proposal, and the tide turned. He twice obtained a grant of the same size, and in 2015, he received a Vici grant.

However, the fact remains that for young researchers, an academic career is anything but guaranteed. According to Nella van den Brandt, religious studies researcher at Utrecht University, it is often the subject of conversation.

‘Many young researchers have ambitions and dream of an academic career. But the competition is considerable, and the contracts continue to be temporary for a long time. This not only means job insecurity, but it is also more difficult to obtain a mortgage, for example. And because the academic world has a strong international orientation, you must be ready to go abroad for the next job.’ The combination of these expectations with, for instance, the wish to settle or responsibilities as an informal carer is what makes young academics reconsider their career. ‘Many researchers and lecturers face the choice: either you totally commit yourself to an academic career, or you have a satisfying social life.’

Searching for the absolute best

Making it to the top requires not just exceptional talent but also considerable efforts and sacrifices. Research is not unique in that aspect. Talented sporters do everything possible to be scouted. If you want a job at a popular employer, then you need to struggle through increasingly extensive job application procedures. And if you want to win a tender, you cannot afford to make any mistakes. Below, selection experts outside of science tell us how they reach their choices.

Also helping those who failed to make the grade

Many job applicants dream of working at KLM. For years, the airline has been high on the list of favourite employers. A team of fifteen recruiters searches for the absolute best candidates within an enormous pile of job application letters.

Ellen van der Kolk is responsible for: the selection of young potentials, that is, candidates for entry-level jobs, internships and traineeships. Her colleague Kim Knoppel works on recruiting people for those positions. How does the team select the best candidates from such a large pool of people? ‘Applicants do a wide range of assessments and based on these we can make a good estimate of whether or not they are suitable’, says Knoppel. ‘After that, we take a look at what makes them special, what they do differently from other candidates. Ultimately, selection depends on a person’s preferences.’ At the end of the process, just a few candidates are eligible for a traineeship. Those who fail to make it receive a rejection mail and the possibility to request an explanation over the phone.

After an interview, it is important to be honest

‘People are often disappointed’, says Van der Kolk about those phone conversations. The disappointment about rejections is no different in research. According to the recruiters, we could definitely teach each other something about how job applicants and researchers could be helped further after the rejection. Knoppel: ‘We think it is very important to pay sufficient attention to the people who are rejected. If you put a lot of time and effort into something, then a clear explanation is the least that you may expect. It also helps these people to find their way again in the following job application.’ Van der Kolk: ‘After a job application, I find it very important to be honest. If somebody genuinely does not fit the position, then we advise them not to apply for that same position again in the near future.’

Just like all top sports clubs, Utrecht hockey club Kampong has a strict selection procedure. Many young hockey players dream of playing at a professional level, in the first team. How do you ensure that you discover the best players among all those fanatic boys and girls?

Kampong is the largest club in the Netherlands and the trophy cabinet is filled with many national and European titles. So, the dream of all those young hockey players and their parents is hardly surprising. Alex Verga is manager of training and development Top Hockey at Kampong. ‘Selecting in sport is the most difficult thing to do, especially among young players. We make use of different pillars: respect, responsibility, intensity and club feeling. Behaviour is the most important aspect for me. A player might be good at hockey, but if his or her behaviour is not right, they will not make it in elite sport.’ An important difference with selection in research is age: Verga often deals with young children and, at that age in particular, behaviour can suddenly alter.

‘Once they hit puberty, they want to discover other things. A player on his or her way to the top can abruptly take a completely different direction.’ Selecting top hockey players definitely entails a lot more than a snapshot decision. To gain a better picture of a player, Verga has daily contact with the trainers of the club’s best twelve teams. Previously, scouting was solely based on selection trainings, but with the current model, he can follow the players throughout the year.

As a scout, he never lets potential candidates know that they have been followed. But they do, of course, sense that they are being watched. If it leads to nothing, then obviously, that is a bitter pill. Fortunately, we always have a place in the lower team, and then we continue to observe them. Sport is harsh in that sense, but it is honest.’

Selection is part of a purchaser’s daily work. Government organisations secure products and services via tenders. Suppliers are often eager to win contracts. Who receives the contract?

Nadieh Paas and Ron Wammes work as purchasers at the Dutch Chamber of Commerce. They supervise the procurement process and ensure that it proceeds in an objective and fair manner. Dependent on the size of the purchase, a public organisation is obliged to issue the procurement in accordance with the Public Procurement Act. ‘If you purchase a kitchen as a private individual, you negotiate until you feel happy about things’, says Wammes. ‘Then your feeling is leading. In the case of government procurement, you must state very clearly which requirements something must satisfy and that ultimately determines who receives the contract. Your feeling of personal preference does not play any role in that unless you clearly include beforehand how this will influence the procedure.’

If there are only three suppliers, then you will not apply unduly harsh criteria

The selection procedure starts with a procurement plan. This contains the expected costs, desired period of procurement and the number of potential suppliers in the market. Reasons for exclusion and selection criteria are also drawn up. ‘These ensure that you do not receive too many applications’, explains Wammes. ‘If too many suppliers respond, then we cannot assess all of them qualitatively. The opposite is also true: if you know that there are just three suppliers in the Netherlands, then you will not apply unduly harsh criteria because then you will have nobody left.’

After the registration, the assessors decide who receives the contract based on the predetermined award criteria. A presentation can form part of that process. ‘Some suppliers are very strong on paper’, says Paas, ‘but you sometimes receive quite a different impression when they give a presentation, as a result of which we reach a different outcome than we expected in advance.’ Paas and Wammes consider the most important difference with research to be the use of peer reviews, which are not part of their work at all. ‘Due to the form of the process, we make our procurements as objective as possible. A peer review may quickly create the appearance of subjectivity.’ Wammes also sees the reason for that: ‘researchers do not always know in advance what their project will deliver. Whereas in our approach it is vital to incorporate maximum certainty in advance.’