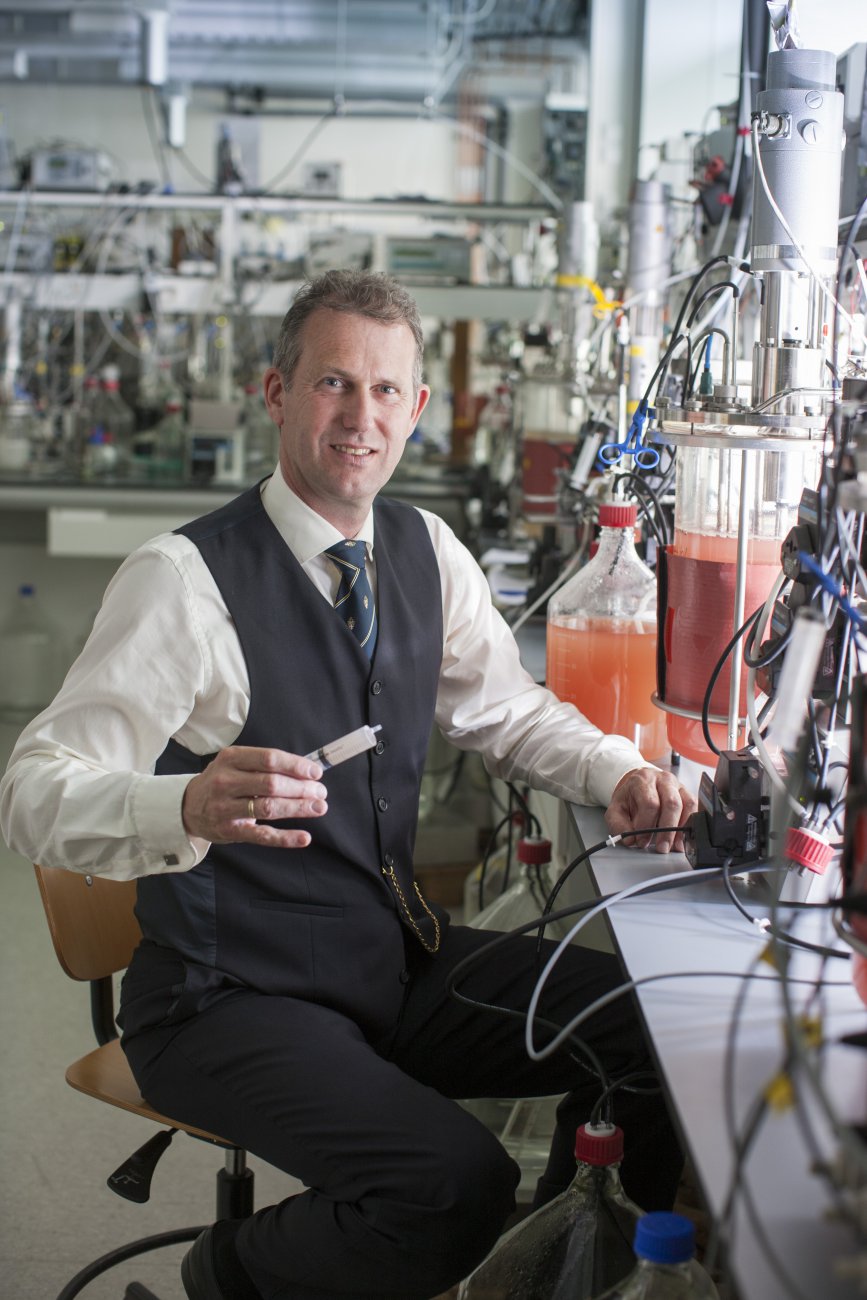 Mike Jetten (1962) is Professor of Microbiology at Radboud University Nijmegen and an eminent researcher in ecological microbiology. His research has led to radical new insights. For example, he has demonstrated that reactions previously considered 'impossible' are used by bacteria as a source of energy and play a vital role in the global cycles of nitrogen, methane and sulphur in particular. Jetten discovered that under anaerobic conditions (without oxygen), anammox bacteria (ANaerobic AMMonium OXidising) can convert harmful ammonium together with nitrite into nitrogen gas and water. Half of all the nitrogen in the atmosphere is made through this reaction.

Besides the world-famous anammox reaction, Jetten has also discovered other 'impossible' reactions, namely for the aerobic and anaerobic conversions of methane and sulphur. Hundreds of research groups throughout the world base their research on Jetten's discoveries.

Jetten's research stretches from the discovery and culture of organisms to unravelling the reactions at the biochemical, molecular biological, cellular and ecosystem levels. His research includes fieldwork, experimental work, molecular biology, structural chemistry and metagenomics.

Jetten combines his pioneering fundamental research with efforts to facilitate the practical application of mechanisms he has discovered. His research into the methane cycle has provided important insights into climate change. Thanks to his research, anammox bacteria are used in more than forty installations throughout the world for the purification of sewage water. This approach gives energy savings of 80% and a reduction in CO2 emissions of 90%. An intermediate product of the anammox reaction, hydrazide, is a rocket fuel.

Mike Jetten studied molecular sciences at Wageningen University. He gained his PhD cum laude from there in 1991 for his research in anaerobic microbiology. From 1991 to 1994 Jetten carried out research at the Massachusetts Institute of Technology with funding from NWO. From 1994 to 2000 he was an associate professor in the Department of Biotechnology at Delft University of Technology. Since 2000 Jetten has been Professor of Ecological Microbiology at Radboud University Nijmegen. In addition to this, he has been Extraordinary Professor of Environmental Microbiology at Delft University of Technology since 2002. In 2004 Jetten set up the Institute for Water and Wetland Research (IWWR) and he was its director from 2004 to 2010. Jetten received the prestigious European ERC Advanced Grant in 2008.