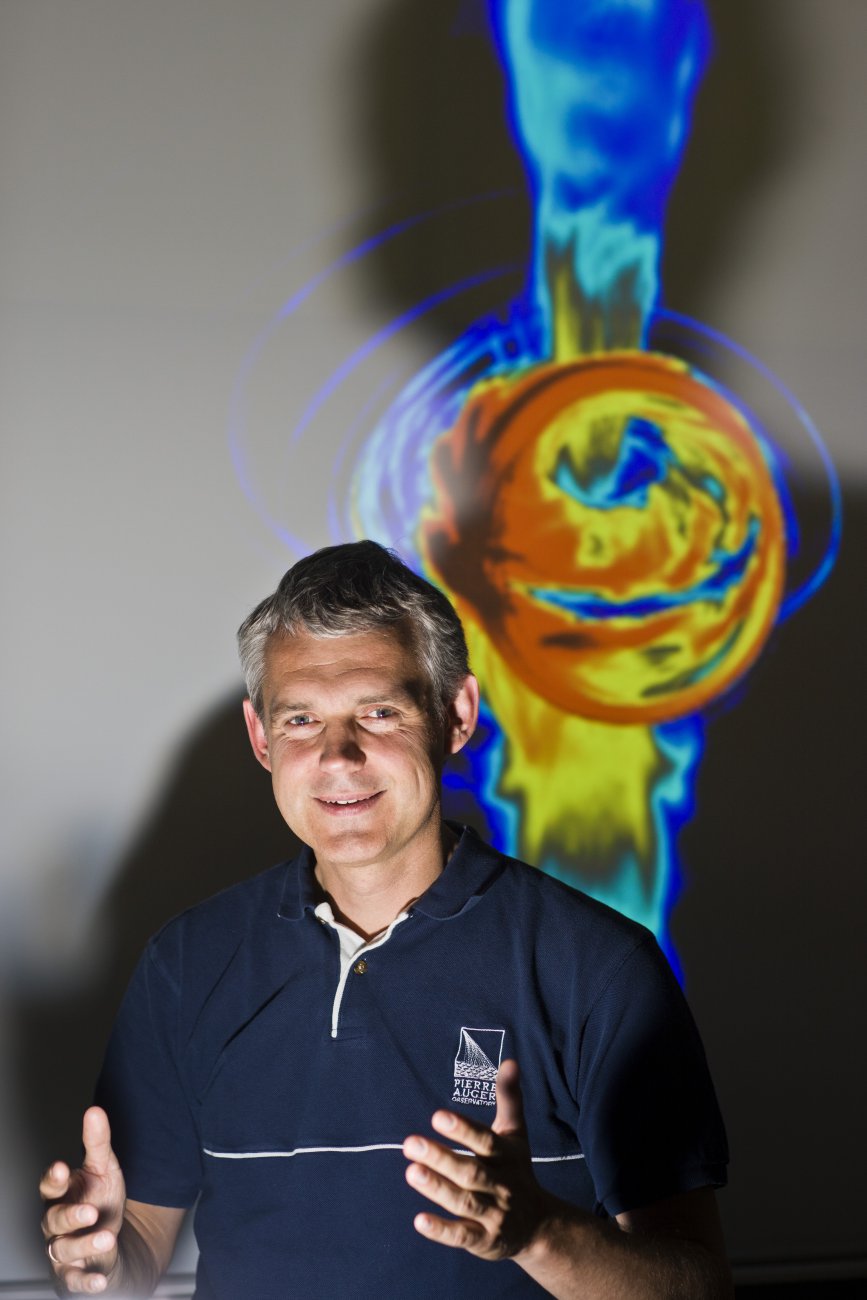 Heino Falcke (1966, Cologne) is professor of Radio Astronomy and Astroparticle physics at Radboud University Nijmegen. He performs groundbreaking research into one of the most mysterious phenomena of the universe, black holes. Heino Falcke works at the boundaries of his discipline and therefore at the limits of the universe. Falcke is a versatile researcher. He is a leading theoretician and carries out experimental research in the fields of astroparticle physics and astrophysics, a unique combination. In addition to this he develops research instruments.

In 2004, his group managed to make measurements close to the edge of a supermassive black hole in the centre of our galaxy. Four years previously he had already predicted that this would be possible. He hopes to use the same measurement technique to image the edges of the black hole.

Falcke is one of the driving forces behind LOFAR, a revolutionary radio telescope that is made up of hundreds of small antennae that together considerably expand their measurement range. Falcke is also playing a key role in the development of SKA (Square Kilometre Array), a square kilometre of telescopes planned for construction in the southern hemisphere. The radio astronomer studies the radiation emitted by planets, stars and galaxies that the radio telescopes receive. This technology reveals the architecture of objects in the universe.