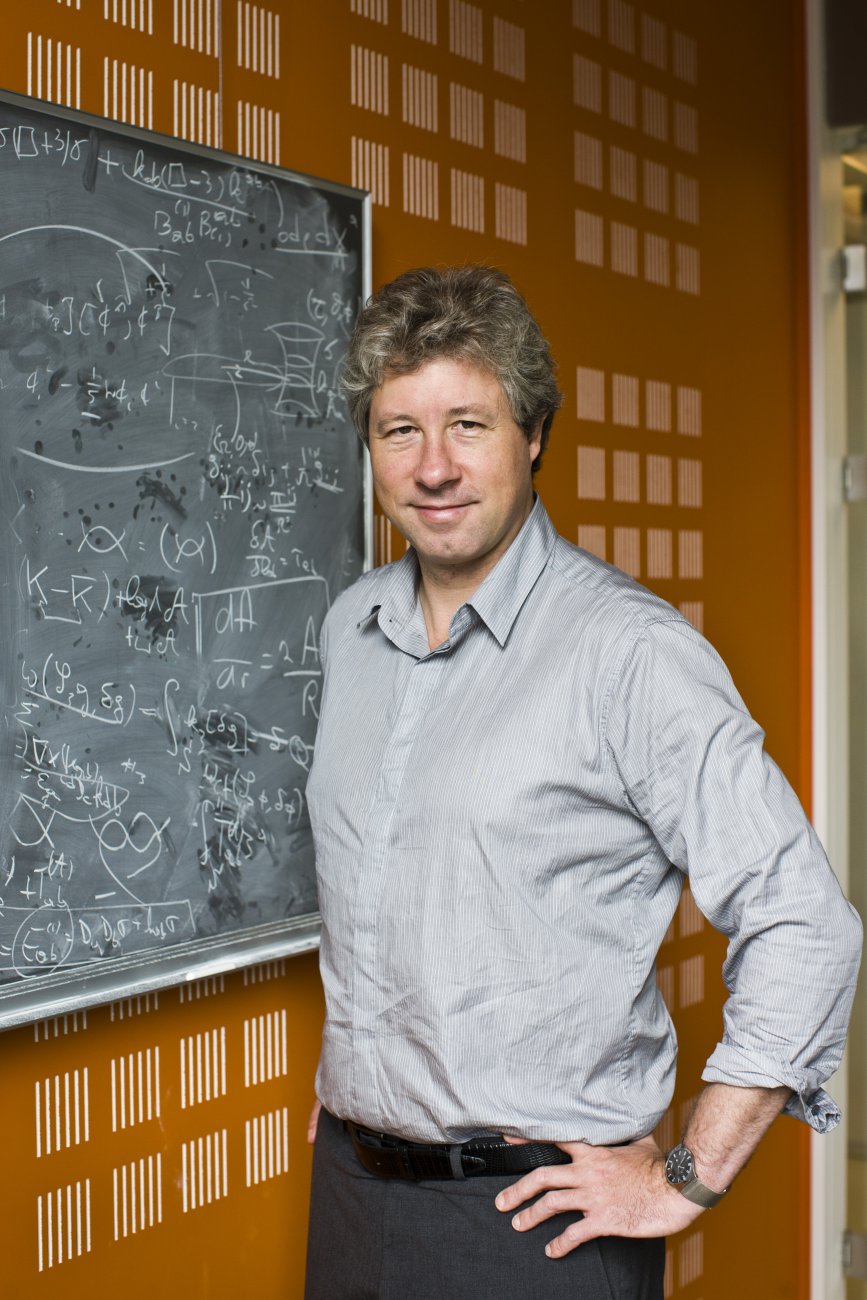 Erik Verlinde (1962) is a theoretical physicist at the University of Amsterdam, where he investigates the building blocks of the universe. He is an internationally celebrated expert on the string theory, a theory that unifies gravity and quantum mechanics. The referees describe Verlinde as creative, ingenious and ambitious.

Verlinde has four major breakthroughs to his name. As a young PhD student he achieved world fame with his Verlinde formula that is now widely used by mathematicians and physicists. Together with his twin brother Herman, and Edward Witten and Robbert Dijkgraaf, Verlinde formulated the Witten-Dijkgraaf-Verlinde-Verlinde equations. These are used by string theoreticians in their calculations. In 2000, Verlinde developed the Cardy-Verlinde formula. He was in the spotlight with his theory to explain gravity, as well. Verlinde proposes that gravity is not a fundamental force but rather an amalgamation of other forces. If Verlinde’s gravitational theory is correct, then that will have huge consequences for how we think about the universe and its evolution.

Erik Verlinde studied physics at the University of Utrecht. He did his PhD in the Utrecht group of Bernard de Wit and Nobel Prize winner Gerard ‘t Hooft. After gaining his PhD in 1988 Verlinde spent several years in Princeton, the top institute in his field. In 1993, Verlinde accepted a tenured position at CERN and in 1996 Utrecht University appointed him as professor of Physics. In 1999, he was also awarded a professorship at Princeton University. Since 2003, Verlinde has been professor of Physics at the University of Amsterdam.