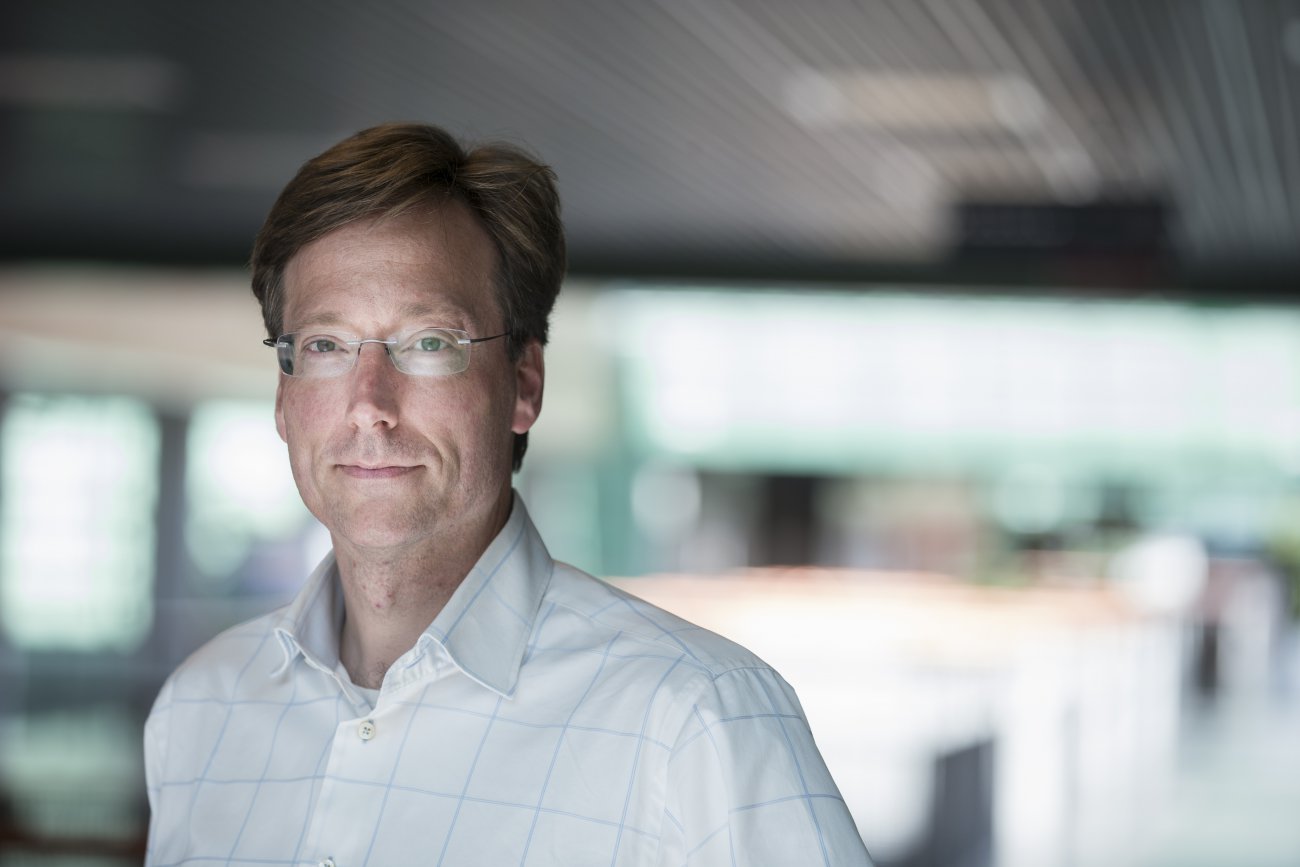 Wilhelm Huck, educated in organic chemistry, has been focusing since his move to Nijmegen from Cambridge in 2010 on one of the key issues in contemporary biology: how do living cells work? Cells are essential for life and consist of highly complex molecular systems. How exactly these systems interact to eventually create what we see as living cells is still largely unclarified. Since his appointment as professor at Radboud University, Huck has set up in short time a new, international research group and established a number of highly innovative research programmes. These will lay the foundation for the construction of a synthetic cell.

Cells are complex and at the same time extremely compact chemical reactors. Huck’s research group has already achieved important new insights, including how key cellular processes, such as protein synthesis, are impacted by the physical properties in the inside of a cell. He also discovered that this compact space in cells does not necessarily lead to the potentially hazardous aggregation of proteins. Indeed, specific protein mixtures balance both repulsive and attractive interactions.

The construction of a synthetic cell is a scientific challenge that has received increased attention in recent years. A number of research groups in the Netherlands are working on different aspects of this challenge. Huck can be viewed as a leading figure in this particular field of chemistry. He has initiated several partnerships, for example with research groups at universities in Eindhoven, Groningen and Delft. Huck is also an internationally prominent and esteemed scientist. He has given more than 100 guest lectures abroad and is involved in the editing of various leading journals in his field.

His interdisciplinary and innovating insights have been praised by the international experts, consulted by the commission. One of them has suggested that Huck ‘determines the international research agenda in his field’. According to the referees, Huck has already achieved a great deal and has even more potential for the future. ‘In twenty years he will still be at the top,’ one of them states. They also praise his decision to move from chemistry in Cambridge to cell research in Nijmegen. ‘It is precisely the excellent and well-established position of the candidate in physical and organic chemistry that has enabled him to consequently deal with fundamental research on cells.’

In 2010 Huck received an ERC Advanced Grant and in 2011 a Vici grant from NWO. In 2012 he was elected a member of the Royal Netherlands Academy of Arts and Sciences. In addition to his research, he also teaches children in primary school and regularly gives public lectures.

Wilhelm Huck was nominated by the rector of Radboud University Nijmegen.