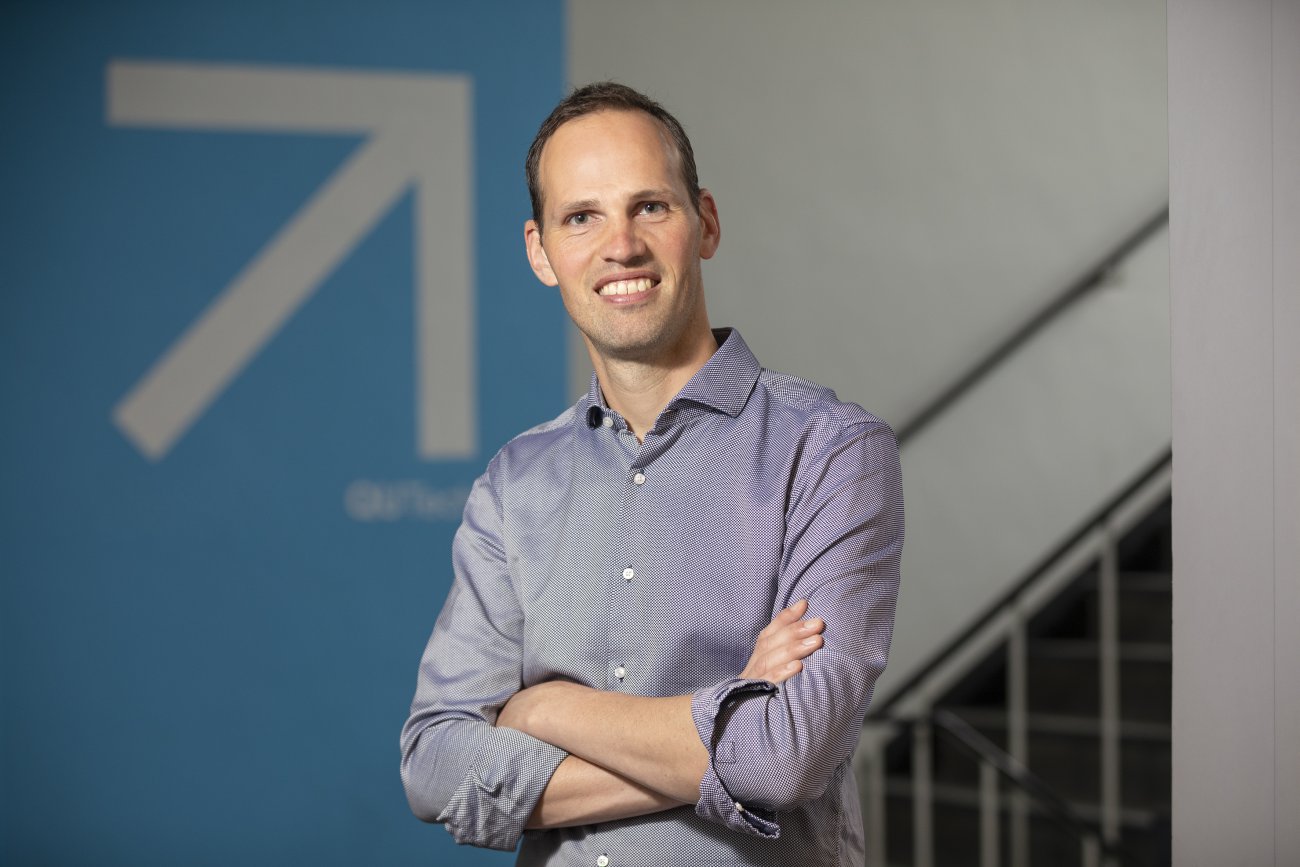 During the past ten years, Ronald Hanson has propelled quantum science to new levels. In highly challenging experiments, he seeks the boundaries of solid-state physics, atomic physics and optical physics. As a young research leader, Hanson could already compete with the international top in his field.

Hanson combines insights and techniques in physics, electrical engineering and computer science in groundbreaking experiments that bring a future unhackable quantum internet a step closer. He demonstrated how precarious electronic quantum states could be retained for a longer period, discovered how he could control individual spins of electrons or atomic nuclei, and developed a new set of tools to control quantum particles in solids. His approach led, amongst other things, to a sensational experiment in which he managed to entangle particles separated by a distance of more than one kilometre. He also managed to teleport information from one particle to the other.

Hanson honours the principle of fundamental questions leading to new discoveries that lead to new applications. Following this vision, he was one of the initiators of the research Institute QuTech, a collaboration between TU Delft and TNO that links fundamental research to technology development. Hanson’s ambition is to realise the world’s first quantum internet based on entanglement. He has therefore sought collaboration with partners like the Amsterdam Internet Exchange and KPN.

In his relatively short career, Hanson has already received several prestigious prizes, such as the Ammodo KNAW Award and the Huibregtsen Award for Excellence in Science and Society. He was also the youngest laureate to receive the John Stewart Bell prize, and in 2019, he was elected a member of the Royal Netherlands Academy of Arts and Sciences. He is able to identify successful research fields, motivate people for these fields and acquire the necessary funding. He has received a Vidi grant, a Vici grant, an ERC Starting Grant and an ERC Consolidator Grant, and as a principal researcher, he is involved in both a European flagship programme and an NWO Gravitation programme.

As an authority in the area of quantum science, Hanson is often invited as a speaker or expert for scientific purposes as well as for the general public. He is a gifted and enthusiastic speaker and lecturer, who believes in giving sufficient personal attention to his students. That is why he has chosen to limit the size of his research group. The young researchers in this group are therefore particularly well trained and are highly popular with top research groups across the world.