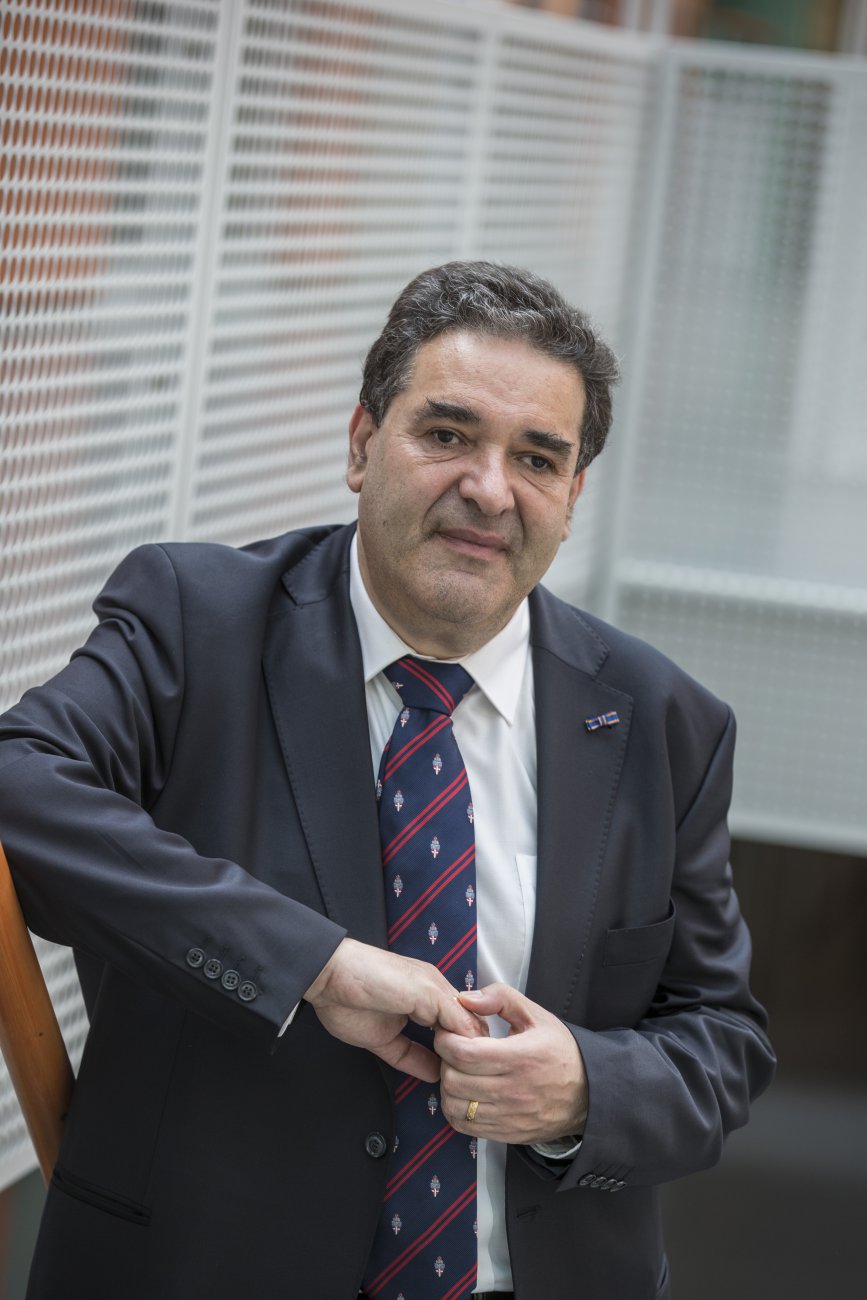 Prof. M.I. (Mikhail) Katsnelson (1957) is professor of Theoretical Physics at Radboud University Nijmegen. Katsnelson is one of the founding fathers of research into graphene, a single layer of carbon atoms arranged in a honeycomb lattice. This two-dimensional structure gives the material unique characteristics. It is the thinnest and toughest material ever produced and conducts electricity thirty times faster than silicon. Graphene can potentially be used in solar cells, high frequency transistors and as a replacement for silicon computerchips.

Katsnelson is the world's best-cited and most influential theoretician in the area of graphene. His various publications about this subject have already been cited more than 12,000 times. André Geim, who received the Nobel Prize in Physics in 2010 for the discovery of graphene, says that without Katsnelson their 'rapid progress would be impossible'. Katsnelson's research lies at the basis of almost all discoveries and predictions about graphene. For example, he predicted Klein tunnelling in graphene and the rippling of graphene at finite temperatures and that the electrical properties of graphene would change if it were stretched.

Katsnelson's broad research profile makes him unique: within solid-state physics he plays a leading role in research into lattice dynamics, magnetism, electron structure and spectroscopy. He brings together researchers and research from different disciplines and by doing this strengthens the discipline of theoretical physics. In Nijmegen, he leads a superb research group. As a theoretician, Katsnelson frequently works together with experimental physicists to test his predictions and theories.

Mikhail Katsnelson was born in Magnitogorsk and graduated summa cum laude in physics at the Ural State University in Yekaterinburg in 1977 when he was just twenty years old. In 1975, at the age of seventeen, he published his first scientific paper. Within three years of graduating he gained his doctorate from the Institute of Metal Physics in the current Yekaterinburg. In 1986, Katsnelson became the youngest Doctor of sciences amongst physicists in the Soviet Union. In 1992 he became professor at the Ural State University. Between 2002 and 2004, he worked as a visiting researcher at the University of Uppsala in Sweden. Since 2004, he has been Professor of Theoretical Physics at Radboud University Nijmegen. In 2011, he was appointed Knight in the Order of the Netherlands Lion. In 2012, he was appointed as honorary doctor at the University of Uppsala. In 2010, Radboud University Nijmegen awarded him the Radboud Science Award. Together with a team of young scientists he used this to process his research into teaching materials for primary school pupils.