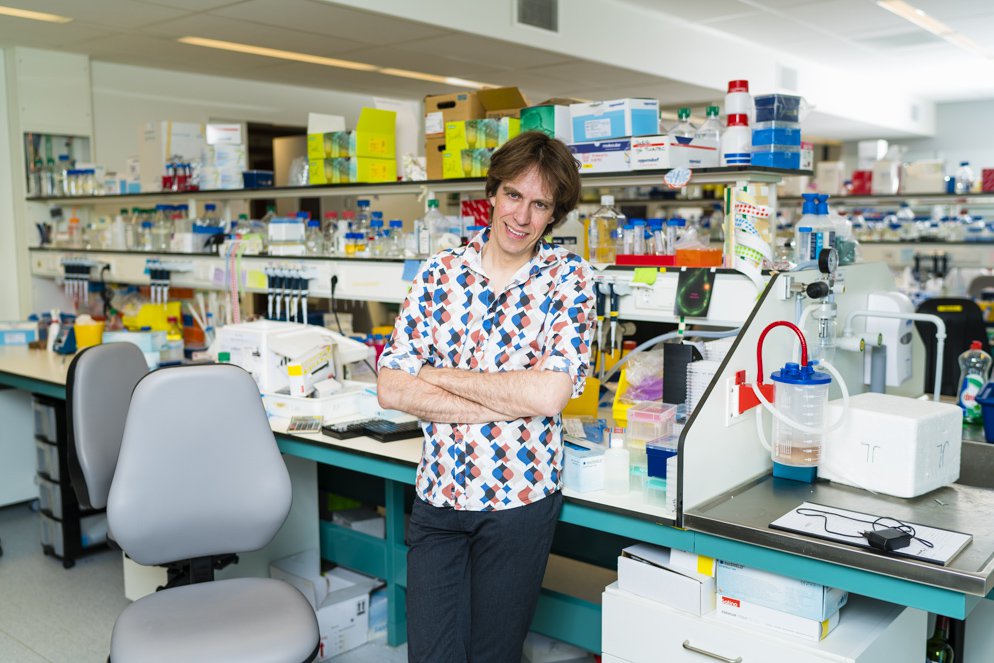 Pioneer in the field of single-cell biology

Van Oudenaarden worked for almost fifteen years in the United States after obtaining his PhD. His international colleagues praise him as a pioneer – and consider him to be a global authority – in the new field of single-cell biology. He is invited to speak at essentially every major conference on the subject. In 2009, Hans Clevers of the Hubrecht Institute in Utrecht asked him to become co-director of the institute. He is now head of a group of researchers there from all over the world. In the past ten years, he has published more than a hundred articles in journals, including 31 in Nature, Science and Cell. In the past five years, his work has been cited more than 15,000 times, which makes him a highly cited researcher.

Van Oudenaarden excels in multidisciplinary research. He studied materials science and physics at Delft, obtained his PhD in physics there, worked at Stanford University in a biochemical group, and was professor of physics and biology at the Massachusetts Institute of Technology (MIT) by the age of 38. One of his strengths is developing new methods. His group combines techniques – in part developed by themselves – from developmental biology, molecular biology, physics, mathematics and computer science. Van Oudenaarden considers it very beneficial to integrate all of these techniques and to bring the researchers who specialise in them together in one place. It makes the work more interesting for everyone and increases the chances of making discoveries.

Better understanding of the origin of diseases

The scientific significance of Van Oudenaarden’s research is that it provides insight into the diversity of individual cells, including in human beings. That has led to a better understanding of the origin of diseases. Indeed, his research is helping to make it clear that cancer cells are often extremely heterogeneous. That insight has resulted in tailored chemotherapy. His ambition is to increase the amount of information about individual cells: in which environment can they be found, how do they interact with this environment and what is their history?

Van Oudenaarden is highly successful at raising funds for his research. He does not shy away from administrative duties. He on the advisory boards of various important institutes, such as the Max Planck Institute for Molecular Cell Biology and Genetics in Dresden, the European Molecular Biology Laboratory in Heidelberg and the Netherlands Cancer Institute in Amsterdam. He has been a member of the Royal Netherlands Academy of Arts and Sciences since 2015.

Alexander van Oudenaarden was nominated for the Spinoza Prize by the rector of Utrecht University and the chair of the Netherlands Organisation for Health Research and Development (ZonMw).