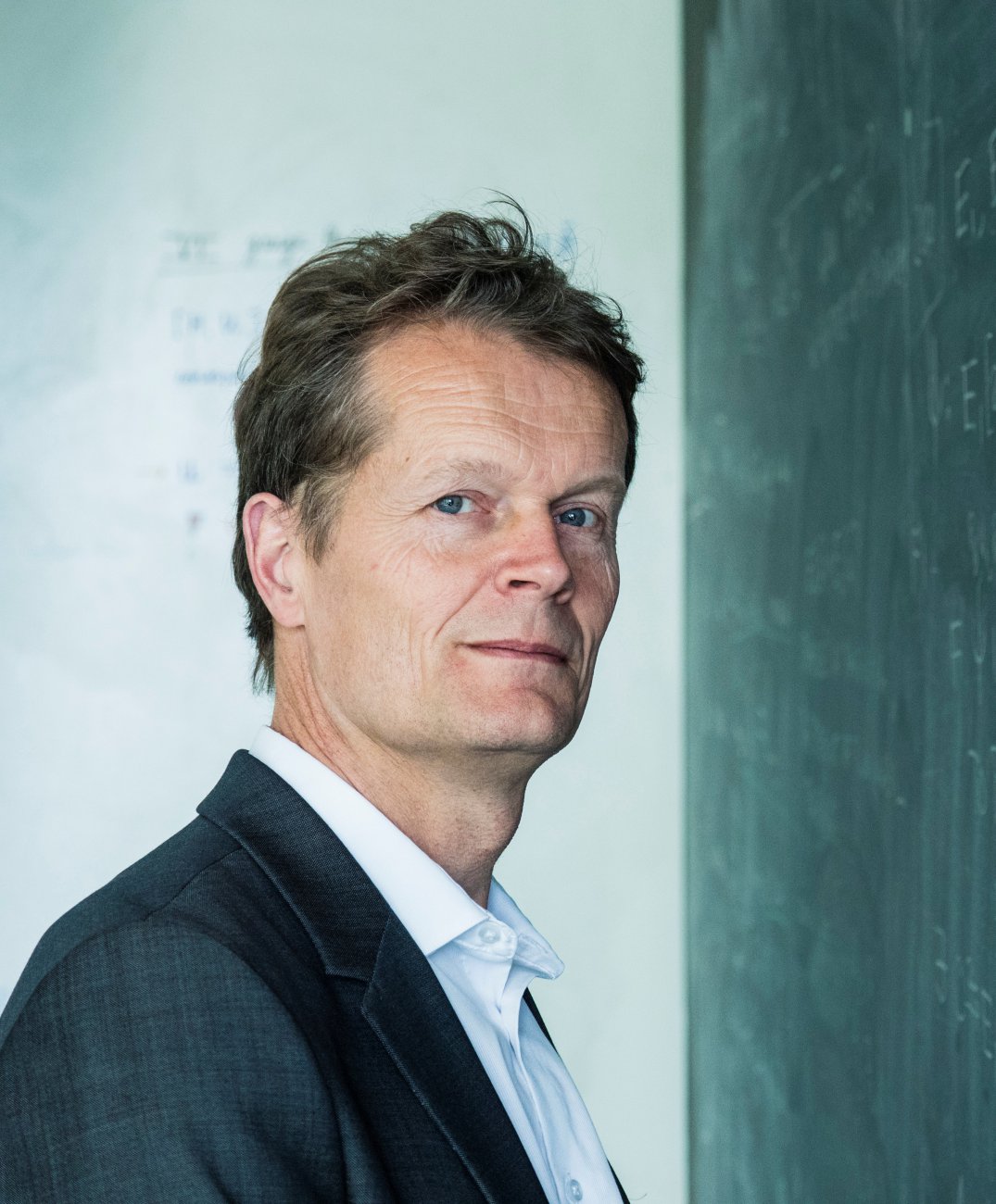 Prof. A.W. (Aad) van der Vaart (1959) is professor of stochastics at Leiden University. He conducts research in pure mathematical statistics as well more applied research on statistics and probability theory. Van der Vaart is an international leading authority in the research field of mathematical statistics. His work focuses primarily on extremely complex statistical problems in high dimensional or infinite dimensional mathematical models. The uncertainties in these models not only concern numbers but also vectors and even entire mathematical functions. These kinds of complex statistics play an important part in fields such as epidemiology and econometrics.

Through technological developments, more and more data is becoming available in other fields as well. Analysing big data files requires innovative statistical methods. Van der Vaart has been making valuable contributions to fields that use applied but highly complex statistics (PET and MEG scanning), statistical genetics and historical demography. He works closely with leading biologists, geneticists and bioinformatics specialists. In the 1990s, Van der Vaart developed methods to calculate uncertainty in infinite dimensional statistical models as accurately as possible by making efficient use of available data. Van der Vaart’s work is well known in scientific circles and is frequently cited every year. Internationally, Van der Vaart is a highly distinguished and regarded scientist in the mathematical fields that are at the basis of his work (theory of semiparametric estimation and empirical process theory). His books about these theories are unique and very influential works. At the beginning of this century, Van der Vaart drew wide attention in the Netherlands to research on ‘nonparametric Bayesian statistics’. In the meantime, this specific branch of statistics has become an area of academic study and key research field at the University of Amsterdam, VU University Amsterdam and Delft University of Technology. Many Dutch researchers in this field who followed in Van der Vaart’s footsteps are now internationally renowned scientists in their own right.

Van der Vaart studied mathematics, philosophy and psychology at Leiden University. In 1987, he obtained his doctorate in mathematics there. He subsequently embarked on an international academic career, at universities in London, Berkeley and at Harvard. He was professor at VU University Amsterdam for many years and returned to Leiden in 2012. Van der Vaart is a key figure in the community of statisticians, both in the Netherlands and abroad. He is a fellow of the two most important international associations for statisticians: the International Statistical Institute and the Institute for Mathematical Statistics. Van der Vaart has been a member of the Royal Netherlands Academy of Arts and Sciences since 2009. He has already won several important national and international awards, including the C.J. Kokprijs for best dissertation at Leiden University’s mathematics faculty and the Van Dantzigprijs, the most prestigious award for young Dutch statisticians.

Aad van der Vaart was nominated by the chairperson of NWO’s Physical Sciences Board.