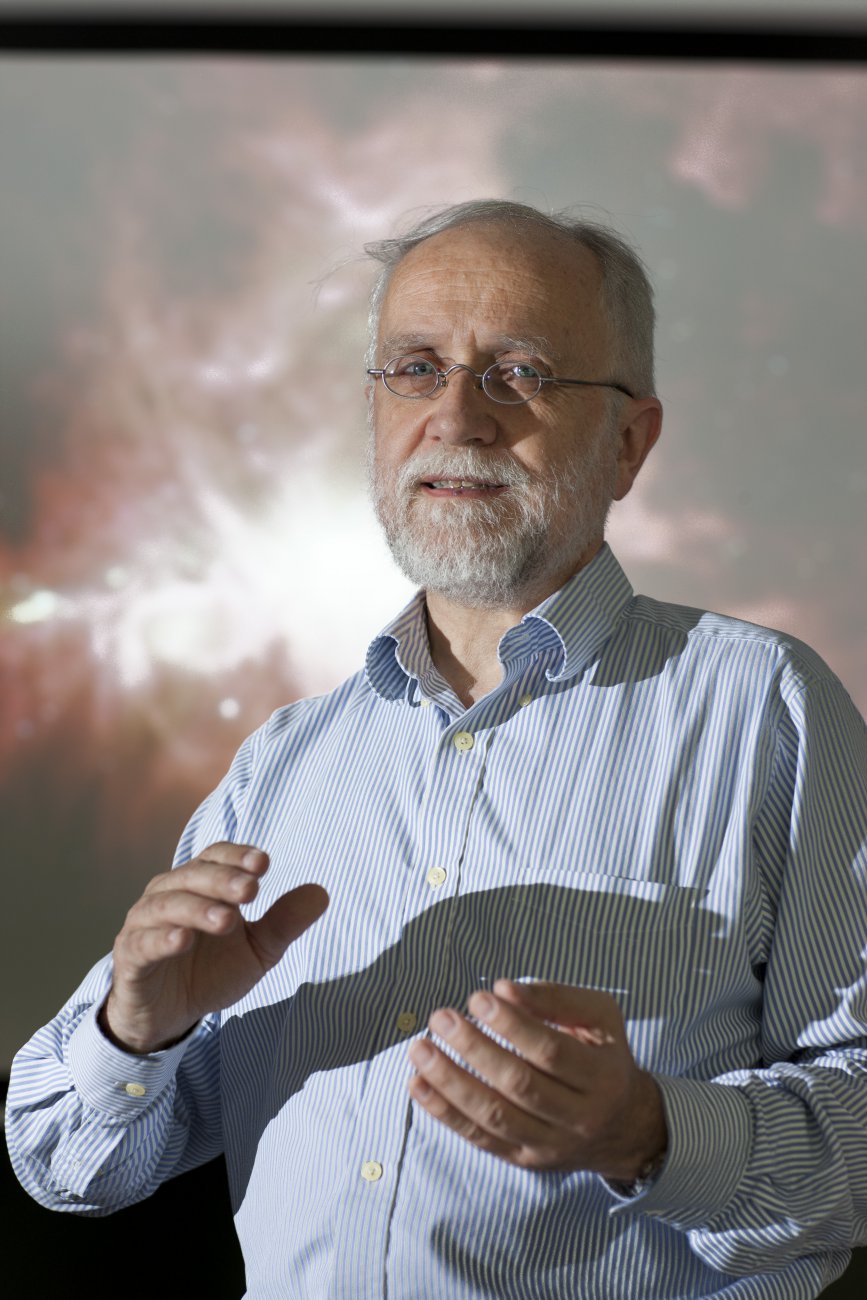 Xander Tielens (1953) is Professor of Physics and Chemistry of Interstellar Space at Leiden University. He is the most cited active astronomer in the Netherlands. He is well known for his groundbreaking work into polycyclic aromatic hydrocarbon (PAH) particles and on photodissociation regions (PDRs). He was among the first to recognise the importance of large molecules in space. With this he has advanced our understanding of the origin and development of our universe. Tielens' work lies at the basis of current research and his influential textbook is widely used.

Tielens' research covers various disciplines: he combines astronomy with the chemistry and physics of large molecules. He made major contributions to the study of interstellar ices, interstellar grain surface chemistry, processing of interstellar dust, and the physics and chemistry of gas in photodissociation regions. Tielens discovered that much of the interstellar gas resides in photodissociation regions whose chemistry and energy balance is controlled by the flux of far-ultraviolet radiation upon them. The photons in this radiation can ionise and dissociate molecules and heat the gas up through the photoelectric effect on the dust grains.

Xander Tielens is often closely involved in the development and use of large equipment and satellites to make observations of the universe, including the SOFIA telescope and the European Herschel satellite. The HIFI instrument constructed by SRON is on-board the Herschel telescope. HIFI was mainly designed to detect water and other molecules. Tielens is one of the lead scientists at the HIFI project based in the Netherlands.