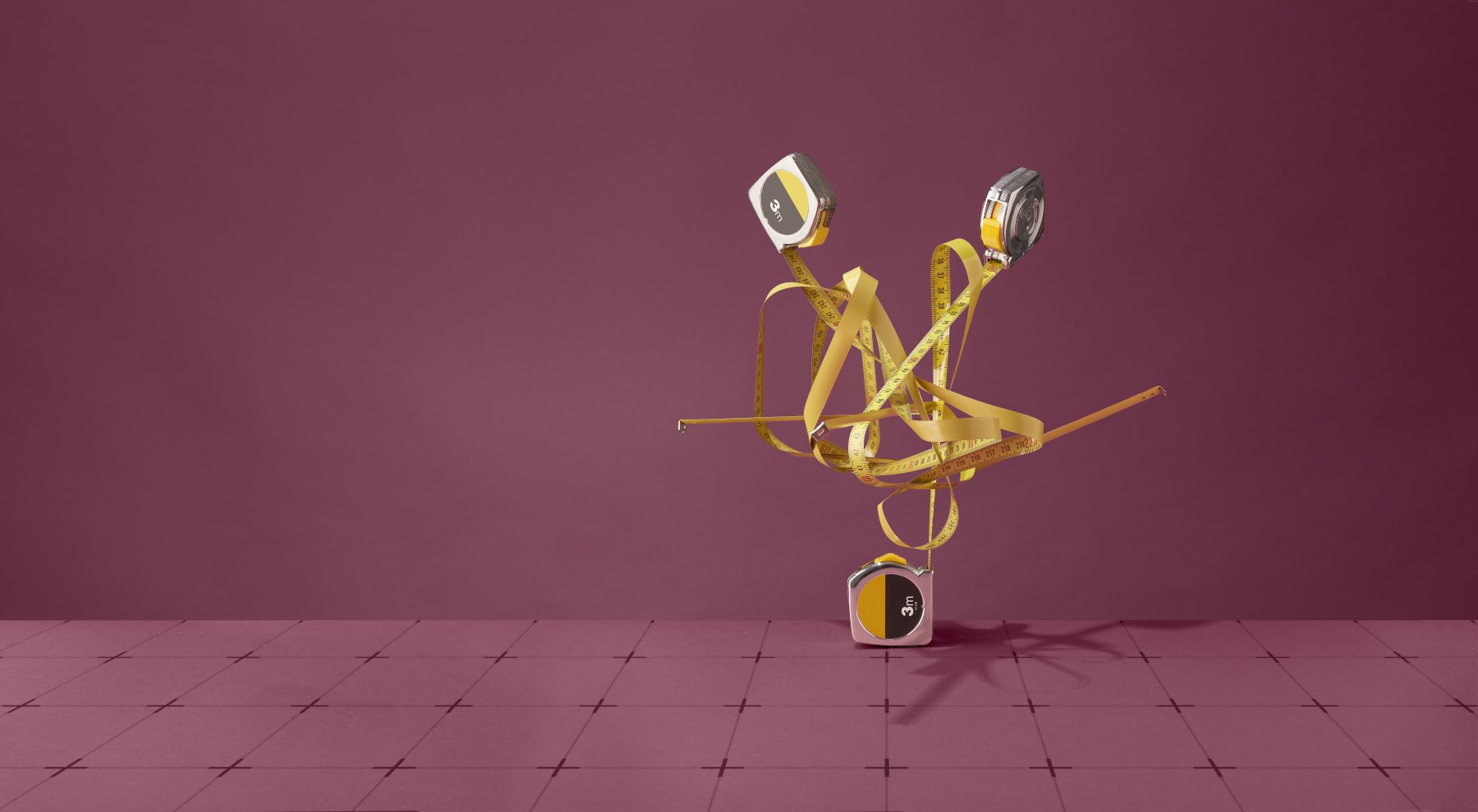 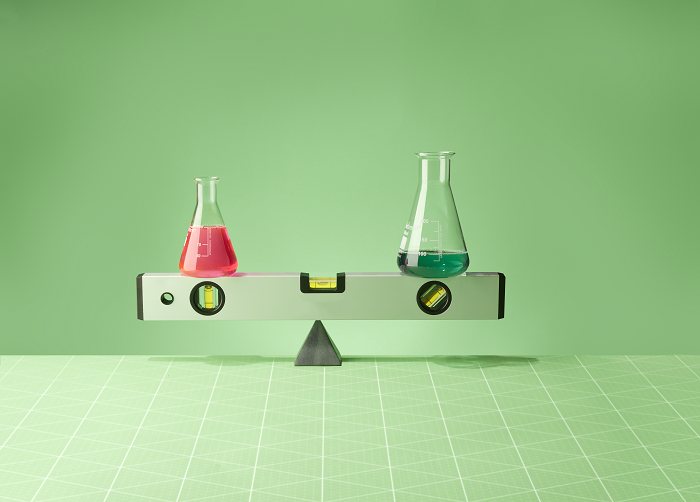 ‘The time is ripe for change’, concludes Jeroen Geurts. ‘If two-thirds of researchers are positive or neutral about new ways of assessing research and only one-third want to adhere to the current system, then this means that many people are open to innovation’, he says responding to the results of the NWO survey among researchers.

Read the article on the results of the NWO survey

Geurts refers to the approach of Ghent University [see page 6] as a good model. There researchers determine which role they want to play within their department and the university. At his own neuroscience department, he has run a pilot for the past three years that bears similarities with Ghent's approach. Geurts’ employees are able to choose a career path that suits them, which has received an enthusiastic response. If they primarily want to be a researcher, then they do research for four days per week and teach for one day per week. If they want a career as a lecturer, then they teach for at least three days per week and do research for at most two days per week.­­­­­

Read the article about the UGent approach

Better in both research and education

The researchers must have innovative ideas about their research and acquire funding to keep their show up and running. Geurts does not mind whether they apply for funding from ZonMw, NWO, Europe, industry or the pharmaceutical industry. He expects the lecturers to be ambitious as well, just like the researchers. For example, they must acquire a senior qualification in education, lay out their vision and develop innovative educational programmes. Geurts: ‘Examples are serious gaming, apps and virtual dissection room teaching. They are free to decide what they do with their two days of research. After this pilot of three years, everybody has become better in both research and in education. They experience more room again.’

The annual appraisal with such academics is about the content of their work and about themselves as a researcher, and not just about the status of the journals in which they have published. ‘The researchers come with three to five articles that they find important. For these articles I ask: Which objectives did you set? Which choices have you made? Which message do you want to convey?’­­­­­­­­­

Individual contribution to the overall effort

Geurts decided to be a part-time administrator because he believed that the science system was failing. ‘The pressure has become far too high for young scientists. We have created a culture in which people have to put their own interests first: they want to win a prize, obtain a grant or receive the Spinoza Prize. Researchers become science divas, whereas what we actually need is far more team science.’ With this Geurts underlines the comments of Belle Derks, who calls for fewer superstars. Two thirds of the researchers who completed the survey agree that team science should have a role to play in assessing a grant application. Geurts explains what he means by the term team science: ‘Some people are good at writing grant applications, others are good at doing very accurate laboratory research, yet others are good at teaching, valorising science or popularising it. Within a team, these are all necessary roles that need to be filled. Each team member can be appreciated for his or her contribution to the overall effort.’­­­­­­­­­

Read the article in which Belle Derks calls or fewer superstars

No criteria set in stone

So, yes, of course he wants the existing assessment system to change. And for that he does not want to wield quality criteria that are set in stone, because: ‘We can never answer what quality is at the group level. For example, you cannot say that research always has to serve a target group in society. Research can also be culturally enriching or simply provide knowledge of which the benefit for society is not yet known. Such an outcome is also important.’­­­­­

What is quality, how can you measure it and how can you compare researchers? "Working towards a new description of quality" is an NWO project which started at the end of 2018 and seeks answers to these three questions. ‘And that is far from easy’, says Rosemary van Kempen, senior policy adviser and coordinator of the Talent Programme at NWO. ‘Because what does quality mean within the different funding instruments of NWO? For example, is quality in the Talent Scheme viewed differently from quality in the open competition? Does the definition of quality differ between disciplines?’ During this re-orientation process, NWO takes the current standards as the starting point. Van Kempen: ‘For the Talent Scheme we currently look at the quality of the researcher, the proposal and the knowledge utilisation. Are those criteria enough or do we need to expand these in the light of recent developments, such as Open Access or DORA (the San Francisco Declaration on Research Assessment which NWO, ZonMw and KNAW recently became signatories to)? The scientific landscape is in transition and new developments are rapidly taking place. We are trying to keep up with these developments.’ For example, NWO has now said farewell to the H-index and journal impact factors as measures for assessing quality. Instead, the narrative about output was introduced last year. Van Kempen: ‘We would like to know whether selection committees find this new measure helpful. It means that we no longer force Veni applicants to spend a lot of time writing an application but instead ask them to motivate why they think they are the best candidate.’ They do this by writing a CV in which they explain their most important output and by writing a brief description of the research idea. A small-scale survey among selection committee members revealed that they are enthusiastic about this innovation. At the same time, quantitative measures that say something about the quality of publications, such as the number of citations, will continue to count in the assessment as equally the interviews of applicants.­­­­ 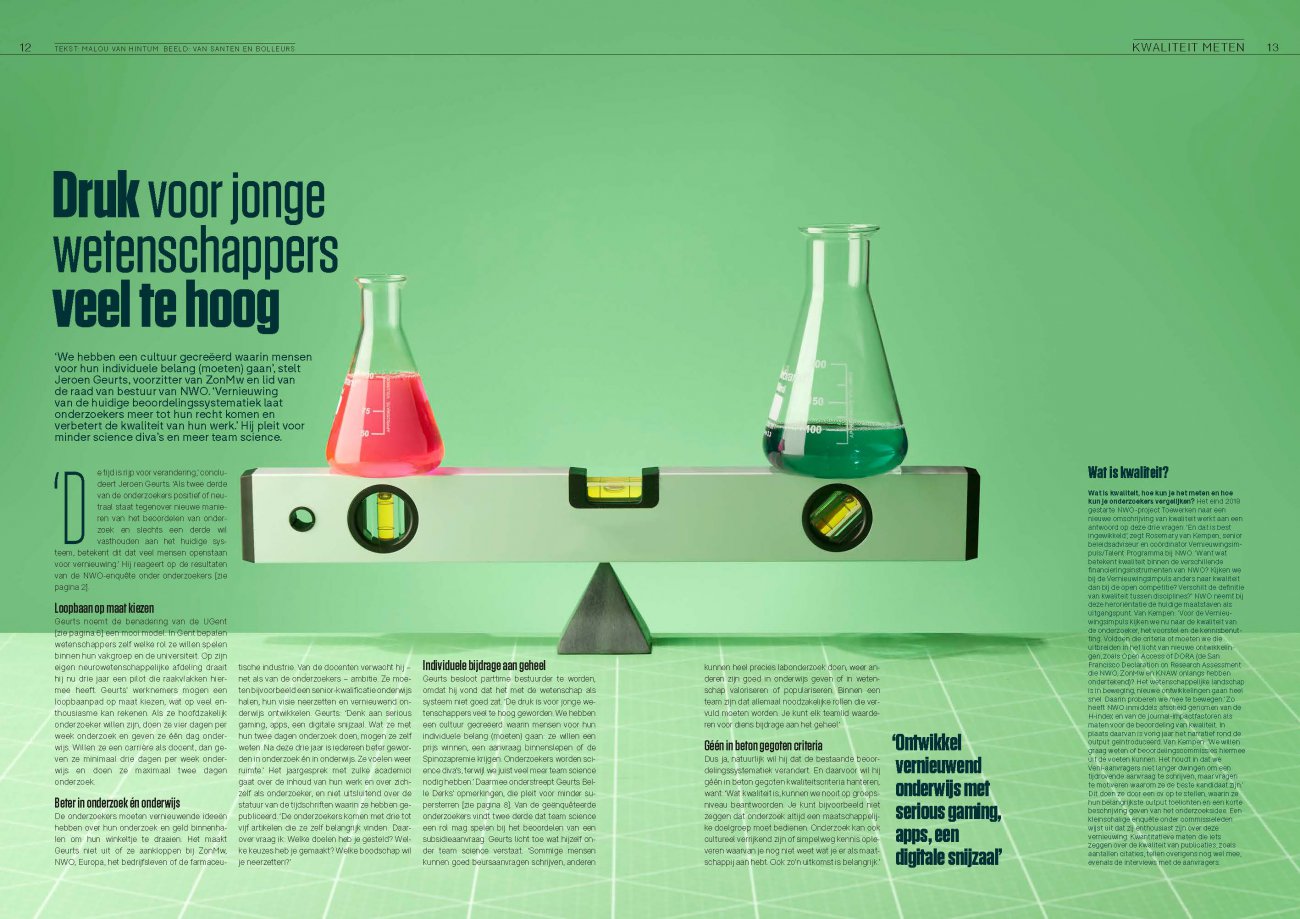