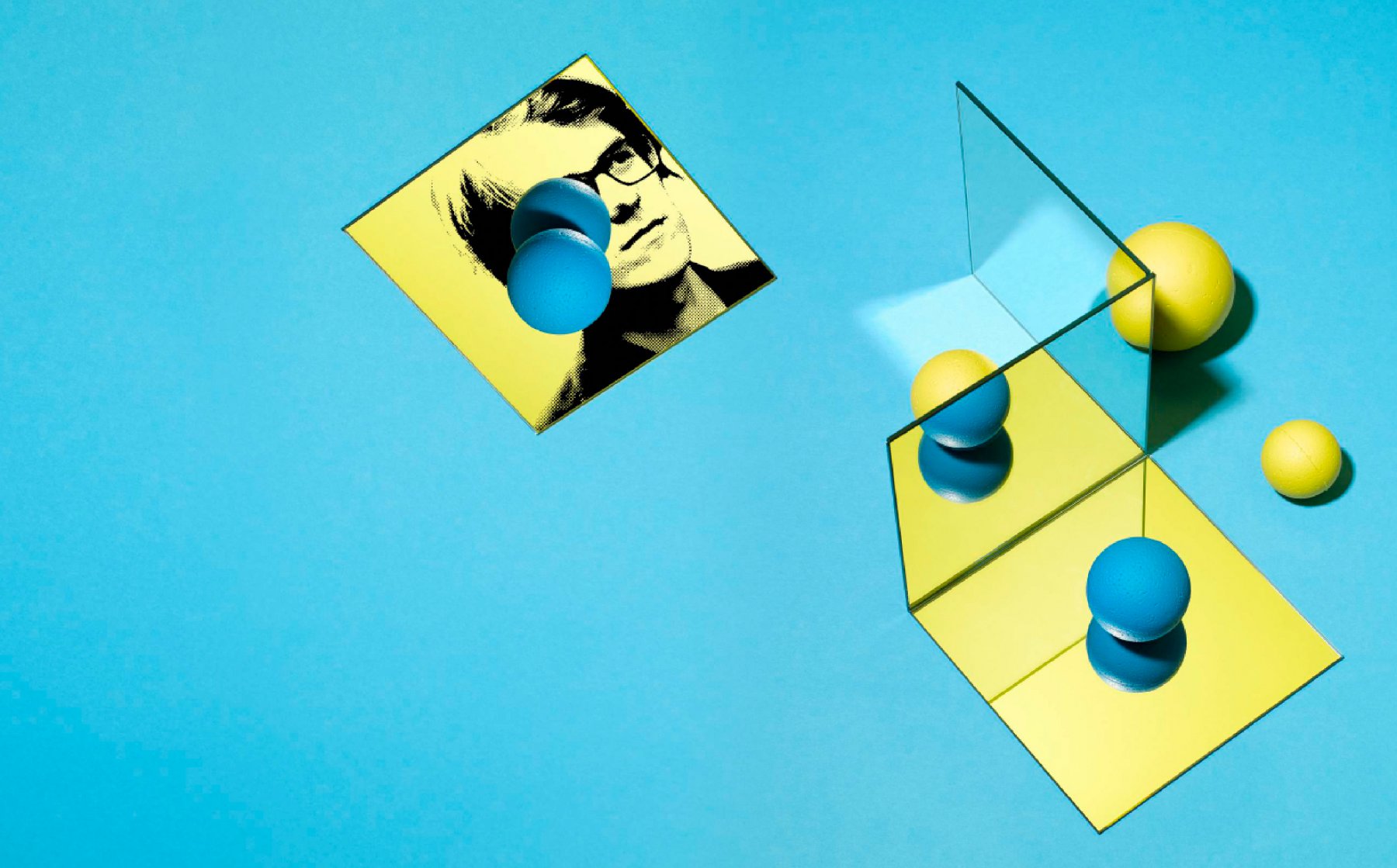 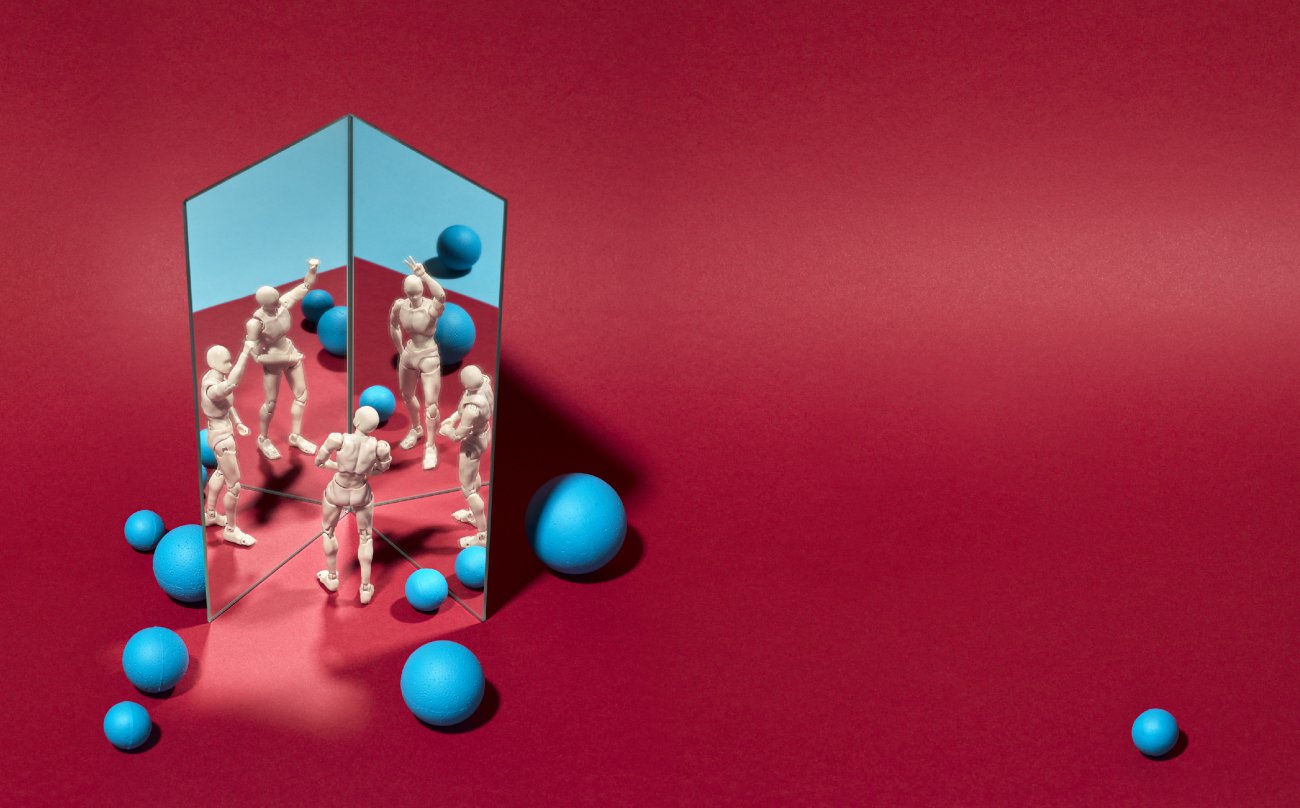 More than two thousand researchers have now signed the declaration of Scientists4Future NL, a coalition of "concerned researchers". The website states that many researchers do not express their concerns about climate change for fear of potential negative consequences, such as personal attacks in the media and the supposed loss of objectivity. ‘Scientists4Future NL is a platform to discuss these concerns and to jointly search for solutions so that we can still be active’, states the website.­

But not everybody is so cautious. For example, Maarten Schrama and Benjamin Sprecher from the Institute of Environmental Sciences in Leiden wrote the following at the end of September in the Dutch newspaper Trouw: ‘For a long time, researchers could hide behind a neutral role: we supply the data and give suggestions for policy, and politicians deliver the action. This way of working is no longer sustainable. That is because political action has failed to materialise’, according to them. And does that now mean that researchers need to take action?­­

The researcher, the columnist and the citizen

‘No’, says Patrick Jansen. He is associate professor of ecology at Wageningen University & Research and writes a weekly column in Trouw. Jansen draws a clear line between Patrick the researcher, Patrick the economist and Patrick the citizen. None of the three will state things that do not rhyme with the facts, but there is a difference. The researcher focuses on the bare facts, the columnist uses the facts to make a point, and the citizen links the facts with action. For example, in his spare time Jansen is active in the action group Mooi Wageningen and for Mooi Binnenveld, a citizens’ initiative that is purchasing 55 hectares of ground to restore species-rich hay meadows. ‘My activism emerges from my frustration about the destruction of nature’, he says. ‘But it is definitely not the case that my research is steered by my own opinion. I occasionally Twitter about insect mortality that I observe as a citizen, but I have not investigated this as a researcher. I definitely do not want people to think that if I were to investigate this, then I would work towards my own claim. As a researcher, I am cleaner than clean.’­­­

Making people aware of the dangers

Dick Vethaak, Deltares researcher and Endowed Professor of Water Quality and Health at VU Amsterdam does research into the spread of micro-and nano plastics in our indoor and outdoor environment. He works together with organisations who go a step further than his scientific research can support. On 3 October, Vethaak was one of the speakers at the Plastic Health Summit, a meeting at which many different NGOs such as ZonMw raised awareness for the health risks of these plastics. ‘We sat on the podium with two researchers and four campaigners. The researchers called for more research to know exactly what is going on, and the others wanted to change society.’ An eye-catcher from this meeting was a poster of a foetus with plastic particles on and in the body. ‘A shocking image for which there is no scientific evidence. Plastic has never been measured in the blood, let alone in the placenta.’ Nevertheless, Vethaak does not have any issues with the poster. ‘Such an image can wake people up and make them aware of possible dangers. The difference between activists and me is that I make a distinction between hazards and risks. A hazard is a danger, and for that to become a genuine risk, a certain exposure is needed. Everything we currently know about micro-plastics concerns hazards. We know almost nothing about the risks.'­­­­­­­

However, that does not mean that Vethaak is passively standing on the side-lines. Whoever searches around on the internet will come across his name in a wide range of media. ‘I am highly driven in what I do, and I want to solve problems, but I carefully safeguard my scientific integrity’, he says.

Science has nothing to say about political questions

‘These two things can co-exist without a problem. If the WHO states that microplastics in drinking water do not form a risk based on what we currently know, then I am triggered. Because that statement is based on very little and frequently unreliable data, which furthermore are scarcely relevant for health. There are many smaller plastic particles in the environment that can also end up in our body. WHO should therefore simply say: we do not know, more reliable information is needed to be able to perform a good risk analysis. Pointing that out is not activism, but informing the public in a clear and factual manner.’­­­­­ 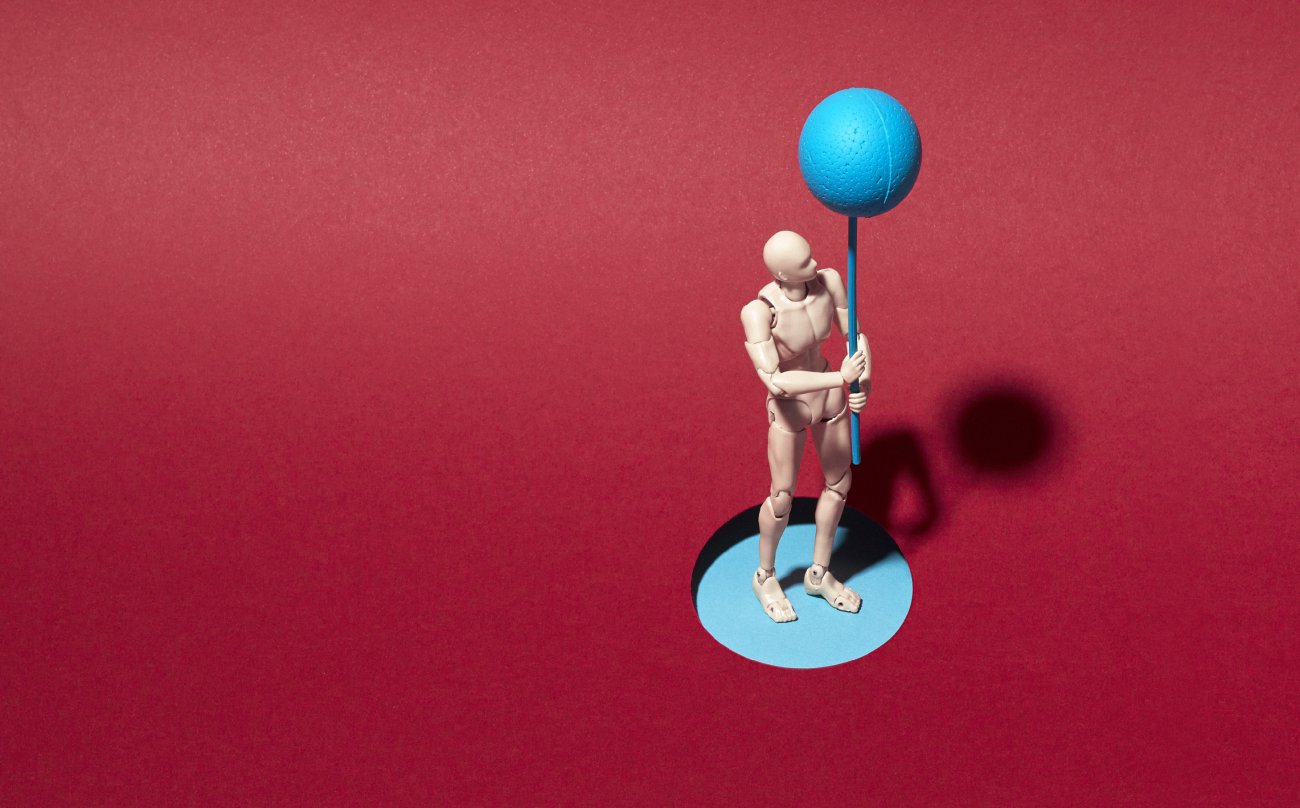 Debate based on incorrect assumptions

Also, Leo Lucassen, who by left-wing and especially right-wing groups is often accused of being biased, believes that he sticks to the facts. The director of research for the International Institute of Social History and Professor of Labour and Migration History at Leiden University regularly writes opinion pieces and is a regular columnist of RTL-Z. However, you will be hard-pressed to find a piece in which he finds the Netherlands should allow more or less migrants, for example. ‘If I think that the public debate is being held on the basis of incorrect knowledge, assumptions or insights, or if it is clear that people do not understand certain mechanisms, then I get involved’, says Lucassen. ‘For example, George Soros – an American billionaire of Hungarian-Jewish roots hated by right-wing forces in particular – functioned as a scapegoat at a certain moment. As an expert on anti-Semitic stereotypes and how those are deployed, I explained why criticism of him fits within the broader anti-Semitic tendency.’­­­­­­­

His research reputation does not in the slightest bit suffer from his public profile. For example, Lucassen is a member of the KNAW, and the Scientific Council for Government Policy asked him to write an essay about the future of migration. ‘I show what the possible options or scenarios are. I shall never say “you must do this”’, he explains. ‘Science has nothing to say about political questions. And if you think they do have a say, then in effect you are saying that scientists can take better decisions than non-scientists. Then you are on a slippery slope. However, based on their research, scientists can sketch what the consequences of a certain policy will be, which is what climate scientists do. Sounding the alarm is not the same as prescribing policy.’­­­­

Taking part in the public debate

Historian Suze Zijlstra from Leiden University has set up the website Over de muur: voor historsiche vernieuwing [Over the wall: for historical renewal] together with several colleagues. The young historians call for more attention for current societal issues and an active participation of researchers in the public debate. One of their focal points is scientific attention for colonial history. Zijlstra believes that using traditional and social media to raise awareness for a new perspective on our history is a form of valorisation that is undervalued compared with writing scientific articles. Furthermore, she criticises the use of the term activism.

Why should researchers who defend older views in the media not be considered activists, and yet we are?

'Why should researchers who defend older views in the media not be considered activists, and yet we are? That term is used to detract from our scientific quality, whereas activism and being scientific do not have to be mutually exclusive. As a researcher, you can join in a demonstration against racism if as a result of your research you are aware of the colonial heritage in our society.’­­­­

‘Illegal timber felling in which people are also murdered is a serious crime’, says social geographer and criminologist Tim Boekhout van Solinge. ‘I do not understand why I am called an activist if I help potential victims of timber criminals to better protect themselves and the forests.’ Between 2009 and 2016, he used CoCoon-WOTRO funding to do research into violent conflicts about deforestation and illegal timber felling. ‘It was frustrating to only write scientific articles about this; I wanted to contribute to a solution. After all, a doctor does not just write about illnesses? He wants to cure his patients.’­­­

Things were made difficult by the fact that the Amazon is very large and that the indigenous inhabitants have no use for complex technology. But that Brazil has reliable civil servants, strong institutions like the public prosecution service and a respected human rights organisation helped enormously. Boekhout van Solinge came up with a plan that he could realise with the help of crowdfunding supported by Utrecht University alumni. He gave the local population GPS cameras that can give and print off coordinates, as a result of which law enforcers have the hard evidence needed to tackle timber criminals. They can charge the cameras with power banks and solar cells. He has now established the Foundation Forest Forces to fund this work.

It was frustrating to only write scientific articles; I wanted to contribute to a solution

That he – thanks in part to widespread media attention – is now known as an activist is something he finds disqualifying. ‘I implement research in practice, just like the criminologists at the Netherlands Institute for the Study of Crime and Law Enforcement (NSCR). Furthermore, my thinking is completely in line with the sustainable development goals. So how does that make me an activist?’­­ 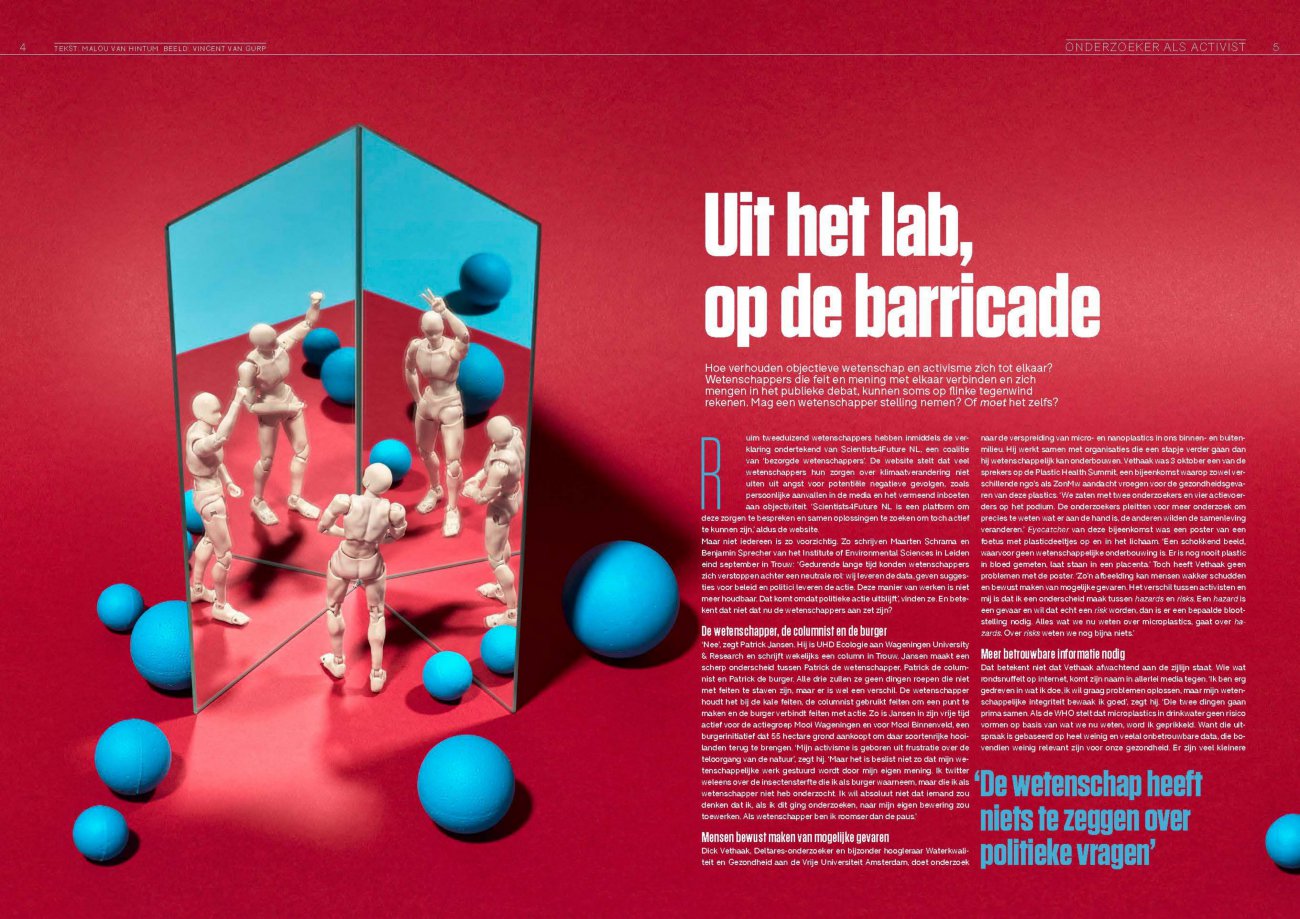