Changes after the first call for proposals

Based on experiences from the first call for proposals, NWO has adjusted the second call. The most important modifications are listed below:

Details about application possibilities, deadlines and assessment can be found in the call for proposals.

Funding from the call for proposals NWA Science Communication enables professionals from knowledge institutions, museums and other public organisations to use new forms of science communication, but also to deploy existing communication tools differently.

Ideally, new insights will arise about ways in which impact can be generated among a wider audience than just the target groups who are already interested in science. The call is specifically aimed at reaching a public that does not automatically come into contact with science and that has no clear idea about what exactly science is and its significance for society.

On behalf of the Ministry of Education, Culture and Science, NWO has funded research in the context of the Dutch Research Agenda (NWA) since 2018. The aim of NWA research is to make a positive, structural contribution to the knowledge society of tomorrow, by building bridges today and jointly ensuring scientific and societal impact.

Our employees are happy to help you 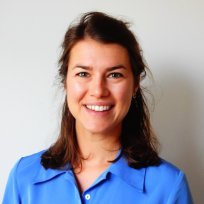