Through the Athena Award, the NWO Domain Science wants to place female role models working in (natural) scientific disciplines in the spotlight. Role models are important for female researchers who are starting their careers. These role models demonstrate that a career in science is possible.

Anyone can submit one or more nominations. However, it is not possible to nominate yourself for the Athena Award.

The Athena Award is a sum of 50k€. Recipients have ample freedom when it comes to spending this sum, as long as it is used to contribute to the research of the laureate.

The “nomination form” must be used for nominations. The form can be downloaded at the bottom of this page. The nominations must be written in English and must be DORA compliant.

The NWO domain Exact and Natural Sciences wants to draw attention to female science scientists who excel and therefore act as role models for others. The following criteria have therefore been chosen: 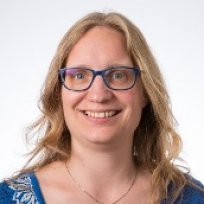