ARCNL focuses on the fundamental physics and chemistry behind current and future technology for nanolithography, especially for application in the semiconductor industry. The scientific programme of ARCNL is closely related to the interest areas of ASML. A large part of this programme focusses on the physical and chemical processes that are vital for nanolithography with extreme ultraviolet (EUV) light. ARCNL's research is consolidated in three departments:

ARCNL occupies an international position in the research in these three areas.

ARCNL formally started on 1 January 2014 and since 1 September 2015, it has been an independent organisation unit within NWO-I. ARCNL receives administrative and technical support from its neighbouring institute AMOLF. 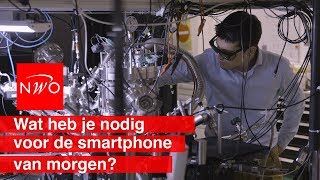 Video: What do you need for tomorrow's smartphone?