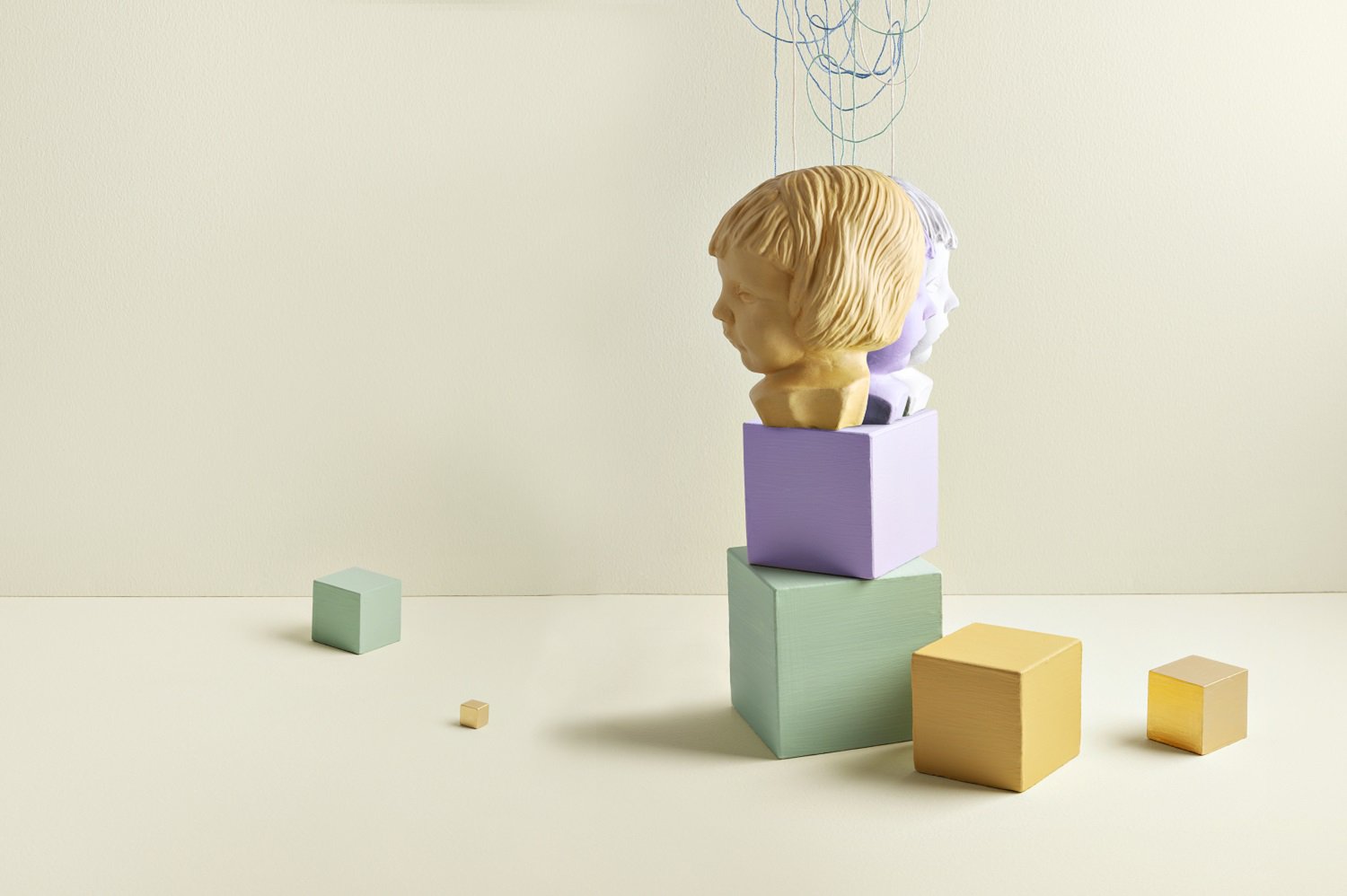 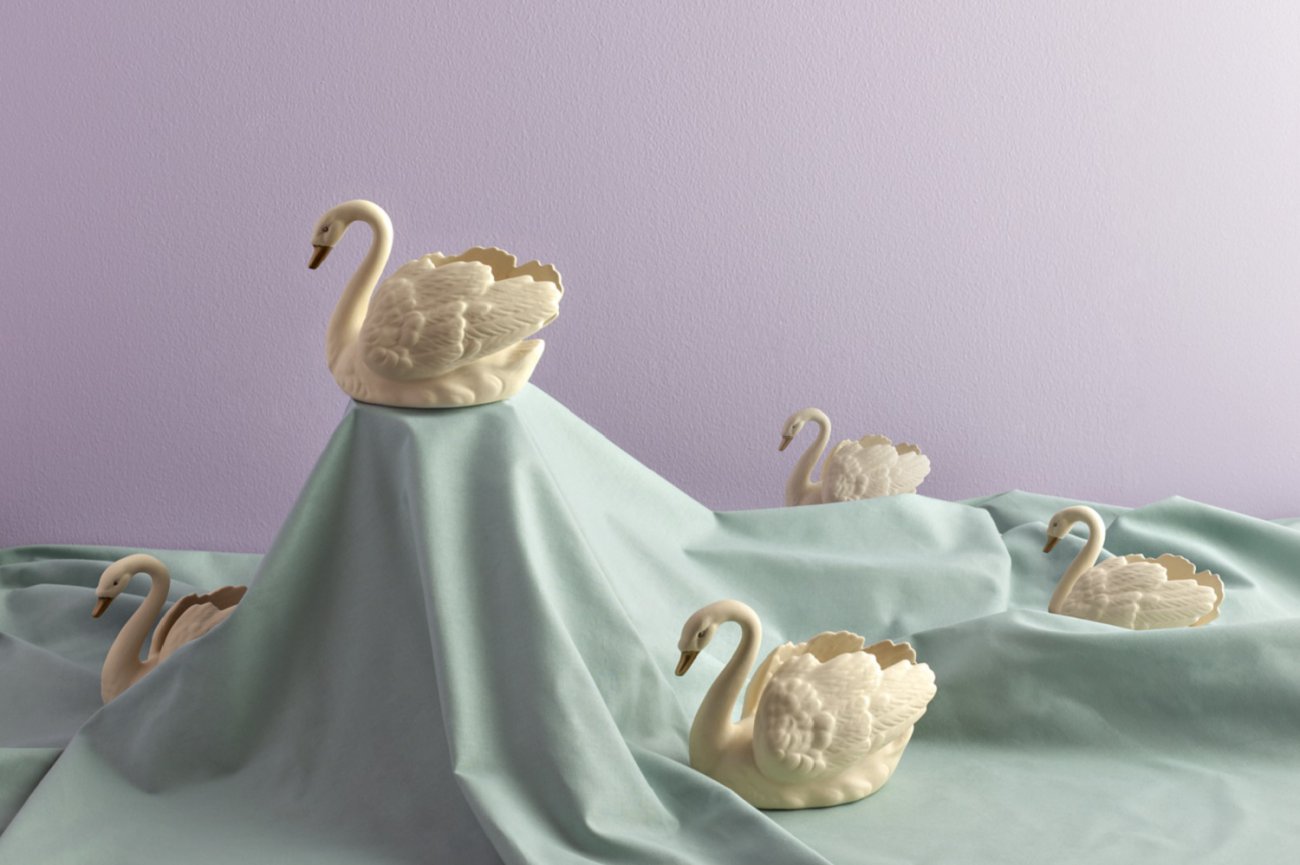 Companies like Google and DeepMind approach PhDs before they even graduate, says Tim Baarslag, a researcher at Centrum Wiskunde & Informatica (CWI) and Utrecht University. ‘Industry is attractive, also for highly promising scientific talent. I regularly speak with postdocs who are considering whether they want to remain in science. Money is not their immediate motivation, but rather a desire for greater certainty. You need to be able to take root somewhere to concentrate on in-depth research. You need clarity about your income, a tenured contract and you want clear career perspectives. Universities and research institutes, however, do not have to compete financially with industry, because the talents that you want to keep are often intrinsically motivated.’

Hopping from postdoc to postdoc

According to Baarslag, the pressure to perform that postdocs experience also plays a negative role, for example the tally of publications and the H-index. ‘That can become frustrating after a few years in science. Many researchers are driven by fascination and not by performance indicators. So I think that more room should be given to curiosity-driven research.’ Especially researchers in their 30s are looking around for other opportunities, he says. ‘Once they have finished their PhD, they hop from one postdoc position to another in the subsequent years in the hope of obtaining a tenured position. If you are then suddenly asked to come and work at Booking.com for double the salary, with a tenured contract straightaway, then that is a highly attractive proposition.’

Industry as the principal funder

The battle for scientific talent has already led to creative solutions with appointments and funding, for example at the Innovation Center for Artificial Intelligence (ICAI). There industry is the principal funder of scientific research. ICAI director Maarten de Rijke, also Professor of AI and Information Retrieval at the University of Amsterdam: ‘We have now established eleven thematic research labs with in total more than one-hundred researchers. Each lab has at least five PhDs with more researchers around these. Our aim is to realise twenty labs before the end of this year.’ There are enough PhDs according to De Rijke, but almost no postdocs. A considerable challenge is recruiting staff members at assistant professor level to lead the labs. ‘We are trying to solve the problem with a double appointment in which staff members work part of their time at the university and part in a company.’

A completely different issue is the success of AI studies. The influx of students is rising so fast that many courses now establish a numerus clausus. ‘That is problematic’, says De Rijke. ‘It is not the public role of a university to limit the number of students entering a course if companies and government bodies are desperate to employ its graduates. Then you should admit as many students as possible.’ Several universities are trying to alleviate the burden by minimising the educational management tasks that assistant professors need to perform. Then the researcher can focus on the content of the lecture. There has also been a considerable influx in the number of students wanting to do a minor in AI. ‘At the University of Amsterdam, we will take that education away from the assistant professors and organise it differently so that we can offer it to a thousand students per year. At master’s level that is different of course, because then we want to ensure that the education is closely related to the research.’

As autonomous as German assistant professors

According to De Rijke, we need to realise that universities not only compete with companies but also with universities in Belgium, Germany and the United Kingdom. ‘In the Netherlands, a university says: welcome, you may first of all write an NWO research proposal. In Germany, a starting assistant professor hears: welcome, you may appoint four PhDs straightaway. In the Netherlands, our only choice is to adopt such employment conditions as well.’ Admittedly, in Germany, the step to become an assistant professor is bigger than in the Netherlands, but then you are immediately autonomous, confirms Wil van der Aalst, Professor of Process & Data Science at RWTH Aachen University. ‘You bear the title junior professor before your name with the right to supervise your own PhDs.

Creating variation in the university landscape

Van der Aalst left Eindhoven University of Technology at the start of 2018 for Aachen to take up an Alexander von Humboldt Professorship, which includes 5 million euros to freely devote to research. Such luxurious positions have been established to strengthen German science.

‘The state of Beieren alone has the ambition to appoint one-hundred professors in the area of data science’, says Van der Aalst. ‘The German government is very deliberately funding an increase in the research capacity. At every university, there are currently several vacant professorships in the area of data science and machine learning.’ According to Van der Aalst, Germany is choosing to encourage variation in the university landscape. Several universities have received the so-called Excellent status, including his university. ‘In this way, Germany is trying to realise regional top centres, a role allocation that is similar to the position of Stanford in the United States.’

Fishing in a too small a grant pond

The Netherlands must also consider such a strategy, according to Van der Aalst. A university ecosystem with several top universities encourages research of a higher quality and attracts new talent. ‘We also need to dare to consider the question as to whether a professor of literature should earn just as much as a professor of machine learning. In industry, both fields of expertise receive a salary that differs by a factor of six. Equal pay at Dutch universities is very fair, but it is questionable whether that is realistic.’

According to Van der Aalst, the Netherlands can turn the tide by investing at many levels. His concern is that soon many young people will be appointed as assistant professors but that they will have to fish in a very small grant pond. ‘If they have to compete with each other, then there needs to be a healthy award rate. You can only attract talent if a scientific career is attractive, a race with a realistic chance of success.’ The brain drain not only concerns professors who leave, but also the highly promising female PhD who quietly decides not to take part in the game. I see far too many people dropping out who I would like to have seen going further in science.’ 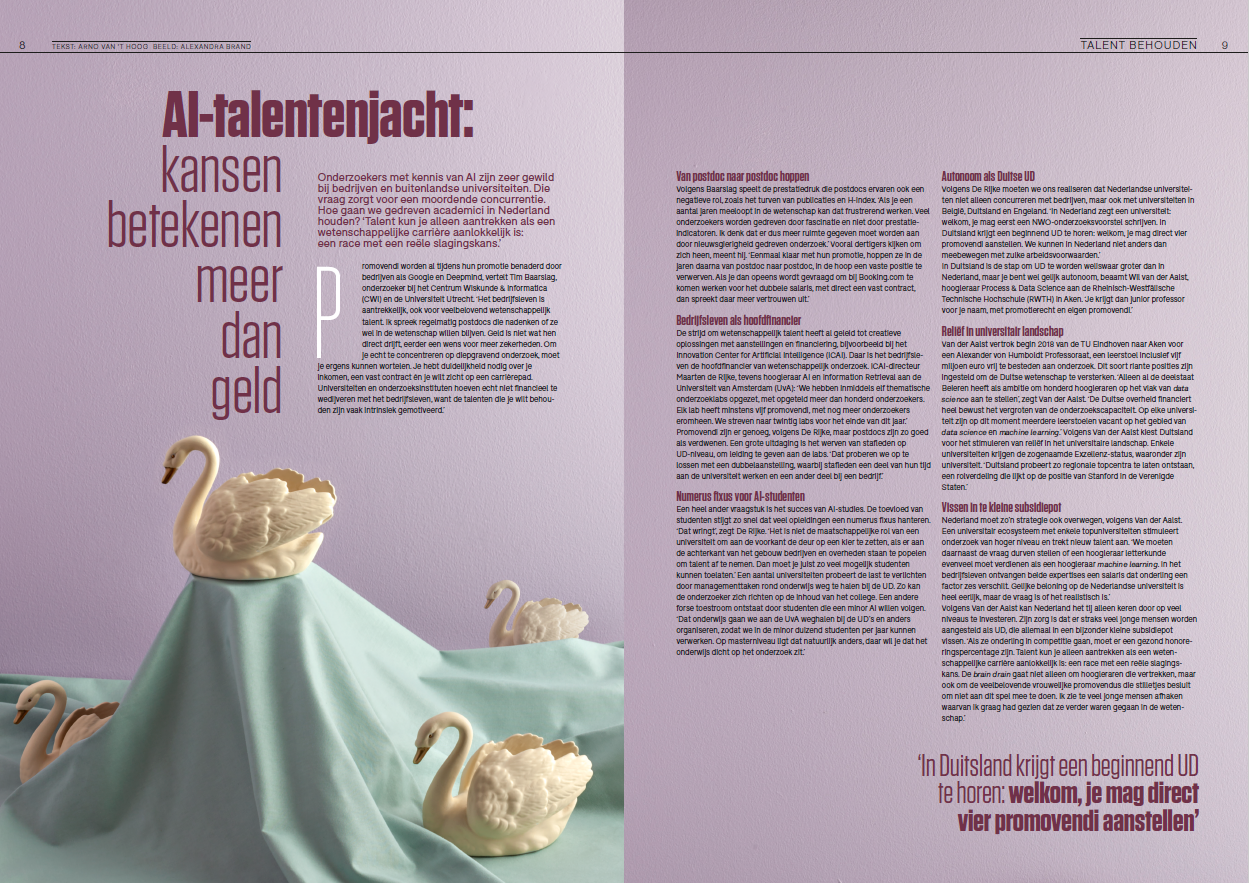